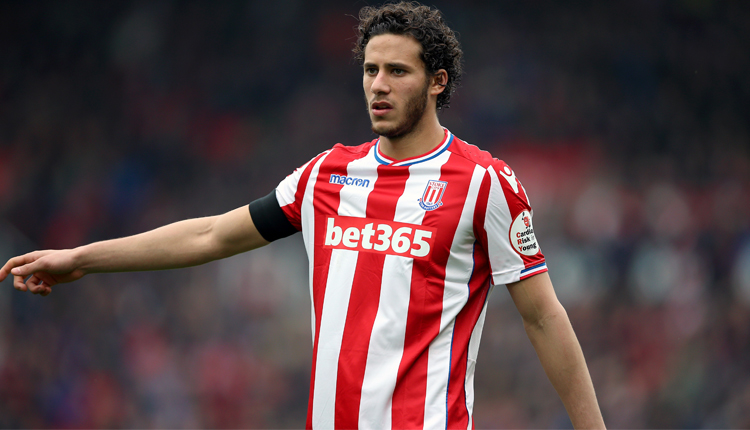 Share
Ramadan Sobhi handed defending champions Ahly a winning start to their Egyptian Premier League campaign with the only goal of Monday’s game against Smouha.
Sobhi’s 10th minute goal proved to be decisive as the Red Devils missed out on a host of chances to make a bigger impact.
New Swiss coach Rene Weiler is still enjoying his dream start at Ahly, winning his first three matches including a Super Cup title last Friday against arch-rivals Zamalek.
Ahly started the game with an early pressing and created the first threat as early as the eighth minute when Sobhi’s close range header was denied by Smouha’s keeper El-Hani Soliman.

The on-loan Huddersfield Town winger made amends for his miss seconds later. After an exchange of pass with Marwan Mohsen, he went clear on goal to chip the ball over the onrushing keeper.

The Red Devils kept pressing forward and Mohsen had a couple of chances to increase the lead but his poor efforts were no trouble for the keeper.

Smouha’s reaction came late in the first half as Mohamed El-Tarhoni’s powerful shot and Mahmoud Ezzat’s close range header were brilliantly denied by keeper El-Shennawi just seconds before half time.

Ahly threatened after the break, with Ali Maaloul’s finely-taken free kick hitting the crossbar in the 59th minute.

While Smouha were moving up in an attempt to break through their visitors’ defence, they left acres of space in the back.

Angolan winger Gerlado, second half substitutes Walid Soliman, Hussein El-Shahat and Amr El-Sulaya had the best chances of this half but failed to put the ball in the back of the net.