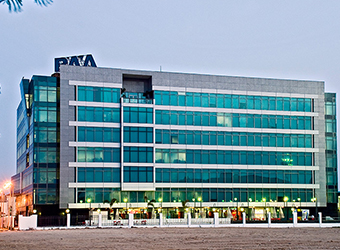 Egypt’s Raya Holding announced Tuesday a new project for the assembly and manufacture of light transport vehicles in the country.

With an initial investment of 100 million Egyptian pounds ($5.6 million), subsidiary Raya Advanced Manufacturing Co. will spearhead the effort with Piaggio, in line with the Egyptian government’s efforts to fight unemployment by providing job opportunities for youth as well as support small businesses.

Khalil said he was enthusiastic to be cooperating with Italy’s Piaggio Group, noting that the company has a vision of helping to deepen and expand Egypt’s light transport industry with many locally-made components. By drawing on Italy’s legendary vehicular craftsmanship to train young Egyptian workers, the project has the potential to open new horizons for young people and reduce unemployment.

Zaki, CEO of Raya Advanced Manufacturing, pointed to Piaggio’s 130-year-old legacy of making vehicles ranging from motorcycles, scooters and bicycles to three-wheel vehicles commonly known as tuk-tuks in Egypt as well as four-wheel commercial and electric vehicles. Piaggio is the largest European maker of two-wheeled motor vehicles, including the world famous Vespa. “The selection of Piaggio is based on a careful deliberation of the Egyptian market requirements, taking into consideration the highest safety standards, the highest environmental compatibility rates and quality standards,” said Zaki.

He added that Piaggio and Raya have designed the production line in a manner that ensures the highest quality and safety standards. A team of engineers and technicians have completed training courses in skills ranging from assembly and after-sales service based on practices at Piaggio factories in Italy and India. The new plant is expected to create around 1,000 direct and indirect jobs for Egyptians in the next two years. It’s scheduled to begin production by mid-2018 in the 10,000-m2 factory.

In order to make the new vehicles affordable to a broad cross-section of Egyptians, Raya will provide various financing offers to young people through easy installments. It also aims to encourage young people to invest in micro-enterprises since Egypt “has nearly 80,000 tuk tuks annually and is expected to reach, per market studies, 120,000 tuk-tuks by 2020,” said Zaki.

He added that the ready availability of after-sales services and original spare parts as well as providing a quality product with high operational efficiency will be a key ingredient of the endeavor’s success.

Raya Advanced Manufacturing is a modern company founded by Raya Holding for Financial Investment in early 2018 with an investment of 60 million and 100 million pounds self-financed plus a loan of 40 million pounds.

The Piaggio Group is headquartered in Pontedera, Italy and has production plants around the world, in Italy, India, Vietnam, and China. The Piaggio Group sold 176,800 commercial vehicles worldwide in 2017, for net sales of €391.9 million. Piaggio is the leader on the Indian market in the cargo segment, with a market share of 48.8 percent.