Release of Prince Alwaleed, others may boost Saudi market 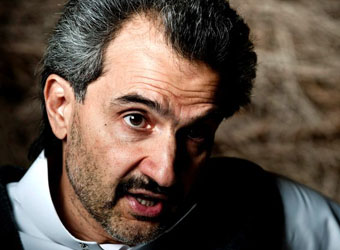 The release of Kingdom Holding head Prince Alwaleed bin Talal and other senior businessmen from detention in Saudi Arabia’s corruption probe at the weekend may boost that country’s stock market on Sunday.

Saudi officials said the men reached financial settlements with authorities, but terms were not disclosed and Prince Alwaleed said he had continued to maintain his innocence of any wrongdoing.

The releases suggest the corruption probe, which sent shockwaves through the political and business establishment, is winding down and that for many of those caught up in the crackdown, business may largely return to normal.

Kingdom Holding shares are still 11 percent before their level before Prince Alwaleed was detained in early November and the overall stock market has risen sharply since then, so the stock may have considerable upside.

Stock markets around the Gulf may react positively to the Saudi news, which may suggest the risk of forced liquidation of Saudi assets in the region has eased.

The global market environment is positive, with Wall Street rising to record highs on Friday – the Dow Jones Industrial Average gained 0.9 percent – and Brent crude oil settling above $70.00 a barrel.