Removal of 250 slum buildings in Hurghada 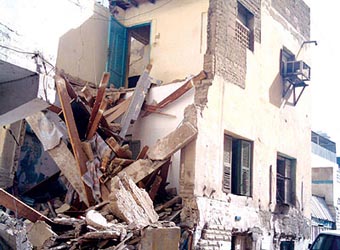 Hurghada’s security bodies –during its campaign today against infringements on state’s properties- have removed 250 building of the slums located on an area of 25 thousand meter.

General Ahmed Atteya, Chief of Hurghada city, stated that it was collaborated with the security bodies to remove slums in Abo Eshra and El Sheikh Shahat’s districts and behind the school of special needs children. Removal of buildings occurred in tight security measurements, and a security fence was imposed around districts.

He added that security bodies have regained control once again on the outlaws, facing any infringements, referring to the fact that south Hurghada’s executive body has transferred the building’s wastes to the tombs district, and has restored lands to its previous conditions after appointing security protection on it.