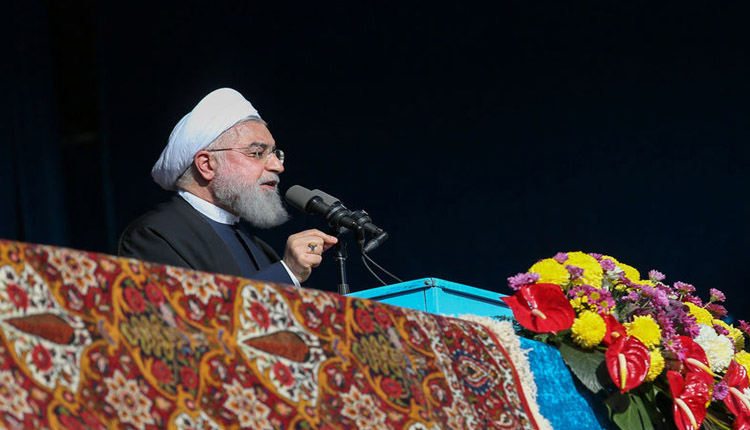 President Hassan Rouhani presented a state budget of 4,700 trillion rials to parliament on Tuesday, saying U.S. sanctions would affect Iranians’ lives and economic growth but not bring the government to its knees.

U.S. President Donald Trump pulled the United States out of a multilateral nuclear deal with Iran in May and reimposed sanctions on Iran, including on its vital oil industry.

“America’s goal is to bring Iran’s Islamic system to its knees… and it will fail in this, but sanctions will no doubt affect people’s lives, and the country’s development and economic growth,” Rouhani told parliament in a speech carried live on state television.

He gave the value of the draft budget at about 4,700 trillion rials for the next Iranian year which starts on March 21, 2019. Under the unofficial exchange rate the budget is equal to about $47 billion.

Rouhani said state employees would get a 20 percent pay raise next year and the budget included $14 billion in subsidies to provide cheap basic goods such as food and medicine, up from $13 billion in the current year’s state budget.

Officials have said the budget is designed to provide for the basic needs of low-income groups, including state employees and pensioners, support production and employment and seek to relaunch thousands of stalled state projects with the help of private investors.

Erdogan has invited Trump to visit Turkey in 2019: White House