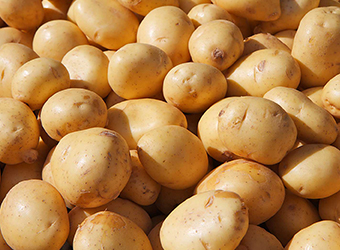 Russia has decided to ease its ban on the imports of Egyptian potatoes as of this December 15th, the Russian food safety watchdog announced Wednesday.

Imports of Egyptian potatoes were placed under a ban in June 2011, with the Russian Federal Service for Veterinary and Phytosanitary Surveillance (Rosselkhoznadzor) claiming recent shipments were infected with brown rot, a disease which causes stunted growth of crops.

Egypt exported a total of 450,000 tonnes of potatoes to Russia in the first half of 2011, according to figures in Ahram Digital citing the Egyptian Agricultural Council.

Egyptian potato exports have been hit by brown rot before. In 1997, Finland and Denmark froze their imports from Egypt, followed in 1999 by a European Union-wide ban for the same reason, according to details on Rosselkhoznadzor’s website.