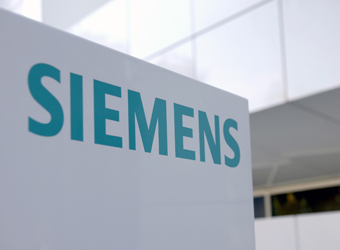 The substations are set to transmit the generated electricity from Beni Suef and Burullus plants to Egypt’s national power grid.

In a statement, Siemens stated that the two plants would feature a total of six 500/220 kV (kilovolt) substations and will enable a reliable and resilient energy delivery for the people of Egypt.

About Etay El-Baroud and Maghagha substations, the German company added that they are part of the contract signed between a consortium, comprising Siemens and El Sewedy Electric T&D, with the Egyptian Electricity Transmission Company (EETC) for the design, engineering, supply and installation of six state-of-the-art substations, located in El Minia, El Beheira, Qalubia, Assiut and Kafr El Zayat governorates.

The substations are set to include gas-insulated switchgear (GIS), transformers and control and protection equipment.

Etay El-Baroud and Maghagha substations would deliver 2,500 megawatts (MW) of power to the national grid, which is the equivalent to the electricity needs of more than 10 million Egyptians .

The company pointed out that both Etay El-Baroud and Maghagha substations were energized within 10 months, from last December when the contract was signed, to match the implementation timeframe of the Beni Suef and Burullus power plants.

CEO of Energy Management at Siemens, Ralf Christian stated that “this achievement is yet another testament to Siemens’ commitment to fast execution for the benefit of the customer, and comes at a time when Egypt has resumed a strong focus on increasing the capacity of the transmission network nationwide,”

“Siemens power transmission technologies are playing a key role in ensuring the efficiency and stability of Egypt’s national grid, fulfilling extremely high requirements in terms of quality and stability.”, the official clarified.