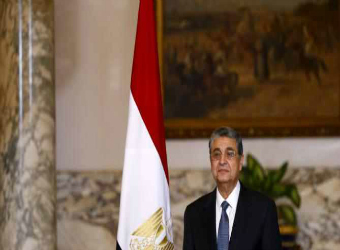 Egyptian Minister of Electricity Mohamed Shaker said that the main contract for the plant and the contract for supplying the nuclear fuel have already been signed with the Russian company Rosatom, adding that the contracts for the technical training and establishment will be signed within two months.

He explained that the nuclear power plant is one of the ministry’s main objectives to diversify energy sources and promote peaceful use of nuclear energy.

The Dabaa nuclear power plant will be composed of four units with a total capacity of 4,800MW.

Shaker said that Dabaa plant will not produce any gas emissions pollutants or greenhouse gases, and that it will have the highest global safety rates used to generate electricity in nuclear power stations.

He added that the project provides a number of social, economic, and cultural advantages, including that it will provide 10,000 new jobs for the youth of Marsa Matrouh during the eight-year construction period, as well as at least 4,000 other jobs after operation begins.

Egypt signed an agreement with Russia to establish a nuclear power plant in Dabaa with a capacity of 4,800MW for $30bn. Russia will provide a government loan of $25bn to finance the equipment and services for the plant’s construction and operation.

The loan is used to finance 85% of the value of each contract to implement the works, services, and shipments of the project. The Egyptian side will pay the remaining amount, representing 15%, in the form of instalments. The amount will be paid for the benefit of the authorised Russian institutions—in a way that suits the contracts—in the form of an advance or any payment that is made later, after implementing the works and services and delivering supplies. The term of the loan is 13 years—over the period from 2016 until 2028—at a 3% annual interest rate.

The commercial contract between Egypt and Russia to establish, supply, and operate the Dabaa nuclear plant includes four agreements: the main establishment, the supply of fuel, technical support during operation, and the establishment of storage for consumer fuel.

President Abdel Fattah al-Sisi said in previous statements that the Dabaa nuclear power plant is a third-generation technology reactor, which is the latest technology available worldwide in this field. He added that there are real guarantees during the implementation and operation with regards to the environment and safety, according to international standards, where it could withstand a plane crash of 400 tonnes at a speed of 150 metres per second.

He stressed that the nuclear power plant project will play a vital role in diversifying energy sources of Egypt, strengthen its regional and international standing, and put the country on the threshold of a new, modern technological era.

Samy Shaaban, vice chairperson of the Egyptian Atomic Energy Authority for training and international cooperation, said that the establishment of the power plant is subject to a number of procedures, including choosing the location, reviewing the studies of the environmental impact, greenlighting construction, and obtaining pre-operation permits.