Russia fires on and seizes Ukrainian ships near annexed Crimea 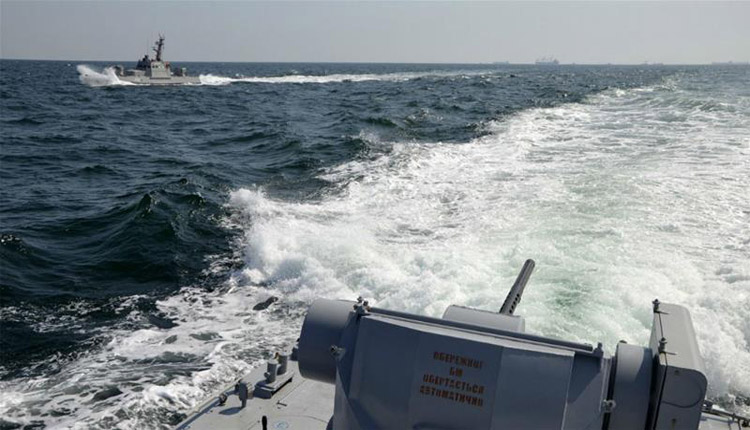 Russia seized three Ukrainian naval ships off the coast of Russia-annexed Crimea on Sunday after opening fire on them and wounding several sailors, a move that risks igniting a dangerous new crisis between the two countries.

The FSB said it had been forced to act because the ships – two small Ukrainian armored artillery vessels and a tug boat – had illegally entered its territorial waters, attempted illegal actions, and ignored warnings to stop while maneuvering dangerously.

“Weapons were used with the aim of forcibly stopping the Ukrainian warships,” the FSB said in a statement circulated to Russian state media.

“As a result, all three Ukrainian naval vessels were seized in the Russian Federation’s territorial waters in the Black Sea.”

The FSB said three Ukrainian sailors were wounded in the incident and were getting medical care. Their lives were not in danger, it said.

With relations still raw after Russia’s annexation of Crimea and its backing for a pro-Moscow insurgency in eastern Ukraine, the incident risks pushing the two countries toward a wider conflict.

Ukraine denied its ships had done anything wrong, accused Russia of military aggression, and asked for the international community to mobilize to punish Russia.

The U.N. Security Council will meet on the latest developments at the request of Russia and Ukraine, diplomats said.

Russia annexed Crimea in 2014 and then built a giant road bridge linking it to southern Russia that straddles the Kerch Strait – a narrow stretch of water that links the Black Sea to the Sea of Azov, which is home to two of Ukraine’s most important ports.

Russia’s control of Crimea, where its Black Sea Fleet is based, and of the bridge mean it is able to control shipping flows.

The crisis began on Sunday after Russia stopped the three Ukrainian ships from entering the Sea of Azov by placing a cargo ship beneath the bridge.

The Ukrainian navy said on social media six Ukrainian sailors were wounded in the subsequent seizure of its ships, which appear to have been rammed and boarded, and that the Russian attack on them had occurred after they had retreated and headed back toward Odessa, the Black Sea port from where they had begun their journey.

“After leaving the 12-mile zone, the Russian Federation’s FSB (security service) opened fire at the flotilla belonging to … the armed forces of Ukraine,” it said in a statement.

The European Union said in a statement it expected Russia to restore freedom of passage via the Kerch Strait and urged both sides to act with utmost restraint to de-escalate the situation. A NATO spokeswoman issued a similar appeal to both sides.

A bilateral treaty gives both Russia and Ukraine the right to use the Sea of Azov, which lies between them and is linked by the narrow Kerch Strait to the Black Sea. Tension has risen since Russia annexed Crimea, with both countries complaining about shipping delays and harassment.

Russia’s border guard service accused Ukraine earlier on Sunday of not informing it in advance of the three ships’ journey, something Kiev denied.

Russia said the Ukrainian ships had been maneuvering dangerously and ignoring its instructions with the aim of stirring up tensions.

Russian politicians denounced Kiev, saying the incident looked like a calculated bid by Poroshenko to increase his popularity ahead of an election next year.

In another sign of rising tensions, Russia’s state-controlled RIA news agency reported on Sunday night that Ukrainian forces had started heavy shelling of residential areas in eastern Ukraine, which is controlled by pro-Moscow separatists.

Reuters could not independently confirm that and the Interfax news agency cited separatists as denying there had been any unusual escalation.

UK’s May faces Brexit moment of truth in parliament