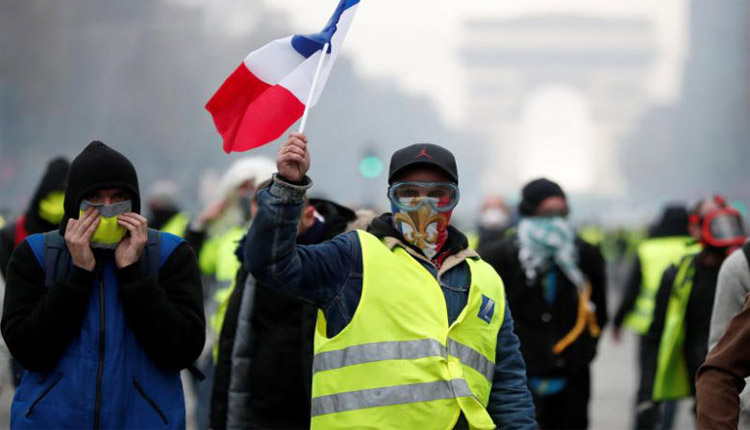 French Finance Minister Bruno Le Maire will meet retailers and insurers on Monday to assess the economic impact of nationwide protests against rising fuel costs, he said on Sunday.

French retailers have warned that prolonged protests could hit the Christmas shopping season and threaten jobs, while President Emmanuel Macron has shown no sign of backing down on taxes introduced last year on diesel and petrol to encourage people to switch to cleaner forms of transport

The unrest reached new heights in Paris on Saturday, when police clashed violently with thousands of demonstrators on the Champs-Elysees.

“Tomorrow I will bring together at the Economy and Finance Ministry representatives from retailers, merchants, craftsmen, chambers of commerce and employers federation Medef to assess the economic situation, its impact on sales and on our economy and the consequences we must draw,” Le Maire told BFM TV.

Police detained 101 people in Paris and there 24 people were injured in the clashes on the Champs Elysees.

“I saw a violence that is not acceptable. It is urgent to rebuild the nation’s unity and restart a dialogue,” Le Maire said.

Some yellow vests have called for a third weekend of protests on the Champs Elysees via a Facebook page called “Act 3 Macron resigns!”

Russia fires on and seizes Ukrainian ships near annexed Crimea