Russians are back in Egypt 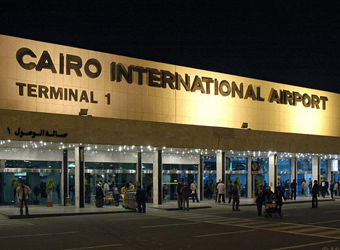 Cairo International Airport saw the first Russian flight since November 2015 this week, as a result of the Russian national carrier Aeroflot’s decision to run flights from Moscow to Cairo on Saturdays, Mondays and Wednesdays and from Cairo to Moscow on Sundays, Tuesdays and Thursdays.

Many Russian tourists have been used to booking seats on low-cost airlines to visit Egypt’s touristic destinations, and observers believe itineraries could be arranged to appeal to different segments of the Russian market.

Former head of the Egyptian Federation of Tourism Chambers Ilhami Al-Zayat said the resumption of Cairo-Moscow flights was the beginning of the wider return of Russian tourists to Egypt. Promotional packages for Luxor and Aswan should be arranged, he said, and their marketing should start even before the travel show scheduled in Russia in September.

“It is important to prepare attractive cultural tourism itineraries as well as packages for beach tourism,” Al-Zayat said.

Until 2015 Russian tourists topped Egypt’s foreign tourist market, with three million Russians visiting the country in 2014 alone. In 2015, approximately 2.4 million Russians travelled to Egypt before Moscow grounded commercial passenger flights to Egypt in November 2015 over security concerns after a Russian flight crashed in Sinai shortly after taking off from Sharm El-Sheikh, killing all 224 people on board.

Egypt has since boosted security procedures at its airports.

Al-Zayat said tourist itineraries from Cairo to Hurghada would attract Russian tourists, since transportation by bus, at about $30, was cheaper than flights at approximately $250.

Travel agencies dealing with the Russian market have started promoting city break programmes in Egypt, said Mustafa Khalil, a member of the Egyptian-Russian Business Council. The programmes are designed for four days/three nights at Hurghada, Ain Al-Sokhna or Alexandria and start at $600 and include transportation from Moscow.

Prices range according to the itinerary and mode of transportation. Khalil said that travel agencies had also started promoting new destinations that will come on line over the next few years, including New Alamein on the North Coast and Al-Galala in Ain Al-Sokhna overlooking the Red Sea.

Atef Aglan, a member of the Ministry of Tourism’s Committee to Restore Tourism, said that some travel agencies were working on packages to Egypt for Russian tourists that would help to break the Turkish monopoly of the Russian market.

National carrier EgyptAir has undertaken to reserve seats on its flights for agencies offering “Egypt affordable luxury” packages that promote the country as an affordable, though luxury, tourist destination, breaking some current views of Egypt as a cheap destination.

Aglan is expecting an influx of Russian tourists numbering up to four million a year after the resumption of Russian flights to Egypt.

However, head of the Egyptian Federation of Travel Chambers Nora Ali said it could be difficult to attract Russian tourists away from Egypt’s beaches to cultural tourism destinations in Luxor and Aswan.

The prices of domestic flights to Hurghada would raise the prices of itineraries, she said, and Ain Al-Sokhna hotels could be more expensive.

Deputy President of the Chamber of Travel Agencies Moodi Al-Shaer said Russian tourists might have grown accustomed to Egypt’s coastal cities and might be reluctant to take flights to Cairo only to re-embark to other cities.

Al-Shaer said many Russian tourists had arrived in Egypt on Turkish and Ukrainian airlines over the past two years to overcome the Russian flight ban. According to Ministry of Tourism figures, around 94,000 Russian tourists visited Egypt in 2017, a 74.5 per cent increase on 2016.