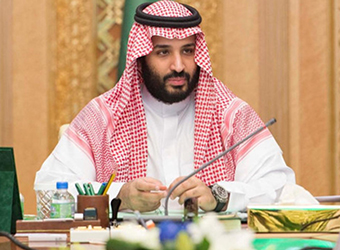 The two sides talked about seeking ways to reach “a real and lasting peace between Israelis and Palestinians” and ensuring stability in the wider Middle East and beyond, SPA said.

The White House announced the trip earlier this month, saying it was part of a regional tour including meetings with leaders from the United Arab Emirates, Qatar, Jordan, Egypt, Israel, and the Palestinian Authority.

The U.S. delegation would meet regional leaders to discuss a “path to substantive Israeli-Palestinian peace talks”, a White House official said at the time.

Kushner was charged with helping to broker a deal between Israelis and Palestinians after Trump took office.

The president went to Saudi Arabia and Israel during his first post-inauguration trip abroad and has expressed a personal commitment to reaching a deal that has eluded his Republican and Democratic predecessors.