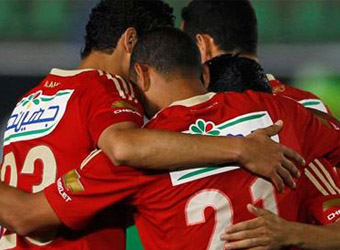 Egyptian striker Amr Gamal has been unveiled as the new signing of South Africa’s Bidvest Wits on a loan deal from Ahly.

“Gamal has joined us on a one-year loan from Ahly. Welcome to the family,” the club stated on their official social-media accounts on Tuesday.

The 26-year-old player, who came through Ahly’s youth ranks and made his first-team debut in 2013, has never managed to prove himself as the team’s number-one striker despite being given numerous chances to impress.

He only scored six goals in 23 appearances in all competitions last season, providing three assists.

Gamal played against Bidvest when Ahly faced the South Africans in a two-legged tie in the African Champions League preliminary round in March.