Saudi oil facilities attacks knock out half the kingdom’s supply 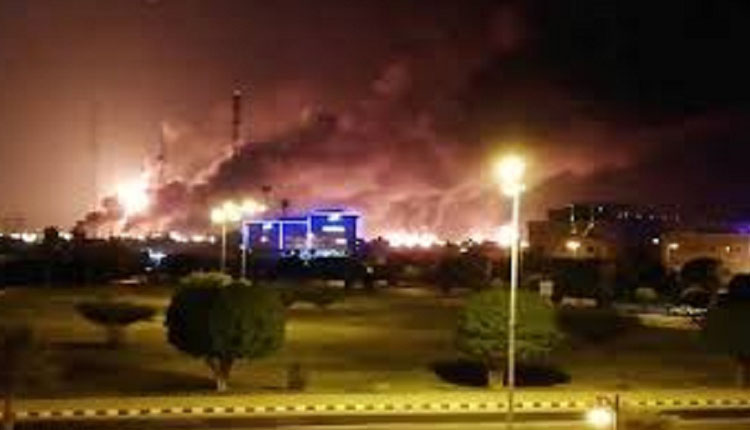 Yemen’s Iran-aligned Houthi group said it attacked two plants at the heart of Saudi Arabia’s oil industry on Saturday, knocking out more than half the Kingdom’s output, in a move expected to send oil prices soaring and increase tensions in the Middle East.

The attacks will cut the kingdom’s output by 5.7 million barrels per day (bpd), according to a statement from state-run oil company Saudi Aramco, or more than 5% of global oil supply.

The pre-dawn strikes follow earlier cross-border attacks on Saudi oil installations and on oil tankers in Gulf waters, but these were the most brazen yet, temporarily crippling much of the nation’s production capacity. Saudi Arabia is the world’s biggest exporter, shipping more than 7 million barrels of oil to global destinations every day, and for years has served as the supplier of last resort to markets.

While the Houthis claimed responsibility for the attack, U.S. Secretary of State Mike Pompeo put the blame squarely on Iran, writing on Twitter that there was “no evidence the attacks came from Yemen.”