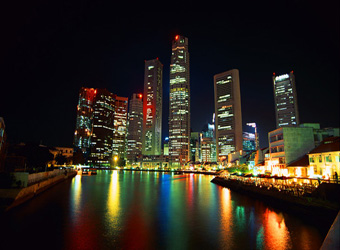 Low interest rates and a healthy economic outlook are expected to keep Singapore’s mass market residential property market resilient in the coming months, particularly for developments in the Outside Central Region (OCR), it is claimed.

Last year, mass market homes, excluding executive condominiums, hit a record, selling 65% or 10,374 units of the total number of new private homes in the OCR, according to figures from Urban Redevelopment Authority’s (URA).

According to the URA, the Core Central Region (CCR) comprises the Downtown Core, Sentosa and districts 9, 10 and 11. On the other hand, the Rest of Central Region (RCR) covers central areas except for those under the CCR.

Meanwhile, the OCR, which covers the rest of the island outside the central region, is where most of the private mass market housing and HDB towns are located.

The strong take up for new mass-market homes last year is attributed to supply and population growth, backed by low interest rates and healthy economic fundamentals.

Data from Singapore’s Department of Statistics shows that the country’s total population jumped from five million in 2009 to 5.08 million in 2010 and 5.18 million last year. The proportion of households that reside in private apartments and condominiums grew by 11.2% in 2010 from 10.4% in 2009.

Developers brought a total of 17,710 new homes into the market last year, an increase of 6.8% from the 16,575 units launched in the preceding year. About 64% of these units were in the OCR.