Skeleton of teen girl found next to mysterious pyramid in Egypt 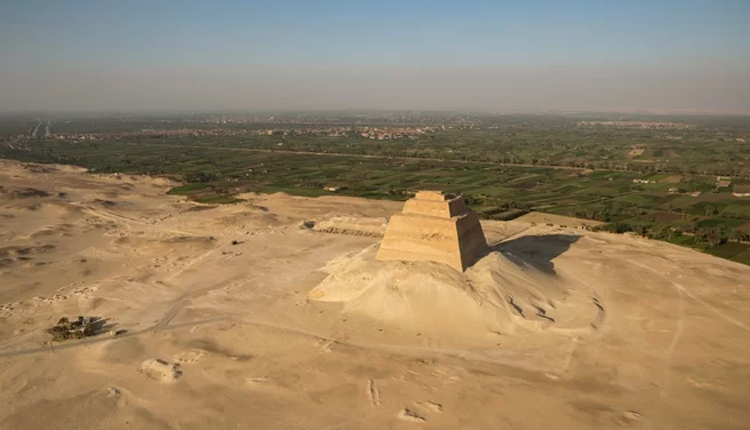 The skeleton of a girl estimated to be around 13 years old when she died has been discovered beside a 4,600-year-old pyramid, archaeologists with the Egyptian Ministry of Antiquities announced.

Her remains had been buried in a cemetery located beside the Meidum pyramid, which is partially collapsed, in Egypt, according to the Arabic language statement released Feb. 10. Her body was in a squatting position inside the tomb, which was empty of any grave goods or any other human remains.

The archaeologists calculated the girl’s age of death by examining her bones, they said. It’s not clear when she was buried, although the adjacent pyramid dates back about 4,600 years.

The animal heads and vessels were probably meant as funerary offerings, although the archaeologists aren’t sure whose funeral they were meant for, the ministry said in the statement. The remains of a brick wall that may have surrounded the cemetery were also found, the ministry said.

Why it was converted from a step pyramid to a true pyramid is unclear. Archaeologists believe that at least part of the pyramid was built for the pharaoh Snefru, also called Sneferu, (who reigned from about 2575 to 2551 B.C.). Snefru’s predecessor, pharaoh Huni (reign ca. 2599 — 2575 B.C.), originally built it as a step pyramid and then Snefru converted it to a true pyramid.

Snefru built several pyramids in Egypt, including two pyramids at a site called Dahshur, and several smaller step pyramids. It’s not clear why he built so many pyramids, although one theory is that he was trying to figure out the best way to build a true pyramid using trial and error.

His son and successor Khufu (reign ca. 2551–2528 B.C.) would go on to build the Great Pyramid of Giza, the tallest pyramid ever constructed.