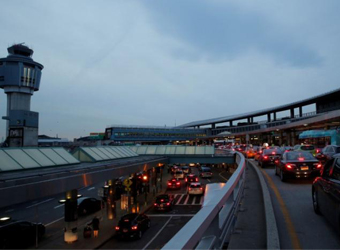 A winter storm was taking aim on Saturday at the U.S. West and Midwest where it was expected to dump heavy snow and freezing rain, causing headaches for millions of holiday travelers who were hitting the road over the weekend, forecasters said.

Winter storm and blizzard warnings and watches were in effect from Nevada and Colorado up through the Dakotas and into northern Minnesota as 2 inches (5 cm) to 15 inches (38 cm) of snow along with strong gusts were in the forecast on Saturday and Sunday, the National Weather Service said.

“Blizzard conditions are possible across portions of the northern plains on Christmas Day, where snow along with winds gusting in excess of 60 mph could create very dangerous travel conditions,” the weather service said.

The treacherous weather could hamper the plans of some of the 94 million Americans who, according to American Automobile Association, were expected to travel by vehicle over the holiday season.

From New Mexico up through northeastern Wisconsin, a mix of freezing rain and flurries will cover roadways with an icy glaze and blowing snow over the weekend, the service predicts.

The storm caused problems on Friday in northeastern Oregon, where transportation authorities closed Interstate 84 between Baker City and LaGrande for several hours on Friday after snow reduced visibility to zero.

Bad weather was to blame for more than 620 flight cancellations on Friday in the United States, flightaware.com reported.

In Appleton, Wisconsin, where snow had fallen on Friday evening, a plane carrying the Minnesota Vikings National Football League team slid off a runway, local airport and team officials said. No injuries were reported.

Flood watches and warnings were also in effect for parts of the West Coast, including coastal Southern California, and Midwest after heavy rains fell on Friday night and temperatures were expected to rise throughout the regions over the weekend.

Despite the winter weather, parts of Missouri, Kentucky and Tennessee will enjoy unseasonably warm weather on Christmas Day, as temperatures are likely to soar into the 60s F, according to the NWS.