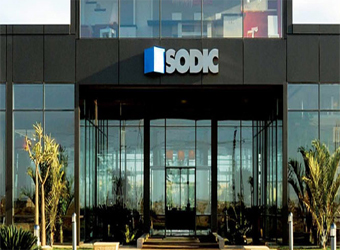 In a statement to the stock market on Tuesday, SODIC (OCDI.CA) confirmed that its affiliate SOREAL has signed the settlement agreement with the country’s Housing Minister as well as the New urban communities Authority (NUCA) regarding its Eastown project land plot.

The company further stated that it has accepted NUCA’s request for an additional payment of EGP 900 million to be paid over 7 years in return for a new clear development timeframe up to 5 years starting from the date of signing the agreement and settlement of all outstanding legal disputes relating to the Eastown land.

“Concluding our legal disputes on our Eastown land has been our priority these last few months. For us, the settlement marks the end of a period of legal uncertainty and allows us to focus on our core business. In spite of the various challenges last year, SODIC enjoyed one of its strongest ever years operationally. With the resolution of our major legal disputes and some general cleaning up, we can now look forward to capitalizing on our strong platform and realize SODIC’s enormous growth potential, ” Ahmed Badrawi, Managing Director and CEO of SODIC, commented.

The company added that in light of the time frame extension, SODIC now has sufficient time to amend Eastown’s master plan to increase the residential density with a view of augmenting revenues and profits, stretch out period of sales launches allowing for more escalations and higher total revenues for the project and properly plan the commercial area, adding more leasable assets to SODIC’s portfolio and enhancing its recurring revenue streams. Following these adjustments, total residential revenues are expected to be in excess of EGP 4.5 billion (up from EGP 3.2 billion).

SODIC added that the progress on site has been uninterrupted over the past period and with final resolution reached the company will launch new phases and the first will be in May of this year with sales value worth EGP 100 million.