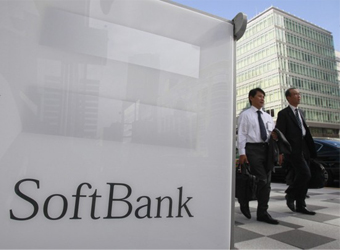 Japanese conglomerate SoftBank will pick up 15 per cent stake in Uber and pump in $1 billion as primary investment in the US-based ride-hailing app in early 2018, according to multiple sources.

The fresh capital infusion comes at a time when the company is looking at moving beyond the controversies it was mired in 2017 and further scaling up operations.

Two people close to the developments said SoftBank Group Capital Ltd, a wholly owned subsidiary of SoftBank Group, will hold 15 per cent share in Uber and is expected to also get two seats (out of 17) on Uber’s Board.

Also, the companies are now proceeding to close the overall transaction, including a minimum USD 1 billion primary investment in early 2018, they added.

The tender offer will also see the remaining members of the consortium picking up about three per cent stake, another official said. The sources declined to be identified as the deal is private.

Previously, Uber had entered into an agreement with a consortium led by SoftBank and Dragoneer to explore a potential investment.

When contacted, SoftBank declined to comment on the details but said it is “appreciative of the support from Uber’s shareholders in the successful tender offer”.

“…(We) look forward to closing the overall investment in January. We have tremendous confidence in Uber’s leadership and employees…” SoftBank Investment Advisers CEO and Director at SoftBank Group Corp Rajeev Misra said in an emailed statement.

An Uber spokesperson said the transaction is expected to support the company’s technology investments, fuel growth, and strengthen corporate governance.

With the deal closing, SoftBank becomes an investor in two of India’s largest on-demand cab service — Uber and Ola.

Ola and Uber are locked in an intense battle for leadership in the Indian market. Both companies have pumped in millions of dollars towards rider discounts and driver incentives.

For Uber, India is one of its largest markets where it has seen strong growth. It saw the number of completed trips on its platform grow to 41.3 million in July this year, from 19.2 million in July 2016, a jump of 115 per cent.

However, the world’s most funded startup has also had its share of troubles in the Indian market. The company was temporarily banned in New Delhi after one of the drivers on its platform allegedly raped a woman passenger in 2014.

Globally too, Uber has been surrounded by a slew of controversies, including allegations of widespread mismanagement and harassment at workplace.