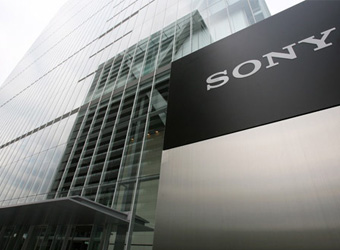 Sony has little chance of winning back its reputation as an innovator or vaulting ahead of stronger rivals with the ‘ordinary’ turnaround plan its new chief unveiled last week, analysts said.

On Thursday, the firm’s leader Kazuo Hirai said that the “urgent” revamp of Sony’s business would cost nearly $1 billion this year and mean 10,000 job cuts, as it looks to staunch multi-billion dollar losses.

Hirai outlined a blueprint to slash costs at Sony’s struggling television division, while boosting the image of its Bravia TV brand.

Sony’s reforms, in addition to cutting about 6.0 per cent of its workforce, also include expanding its PlayStation and online games business, as well as pushing further into emerging markets and new sectors, such as medical equipment and life sciences.

“Now is the time for Sony to change,” Hirai, who replaced Welsh-born US chief executive Howard Stringer earlier this year, said from the company’s Tokyo headquarters.

“What is urgent is that we strengthen our core businesses while rebuilding our TV business.”

But Hirai’s plan received a collective yawn from analysts, while unimpressed investors pushed Sony shares about 5.5 per cent lower on Friday amid doubts it would be enough to save the company that invented the Walkman.

Sony, along with Japan’s other electronics giants including Panasonic and Sharp, has been fighting a losing battle for years against fierce competition offered up by rivals including South Korea’s Samsung and US-based Apple.

Falling prices, particularly in the television segment, have eaten away at their bottom line as a strong yen made their products more expensive overseas while a stuttering global economy also knocked sales, as AP stated.

While Sony still generates profits in some areas, such as electronics parts, critics have accused the company of various strategic blunders over the years including being late to enter the liquid crystal display panel market.

Now, with Sony facing a record full-year loss of 520 billion yen in its latest fiscal year, analysts are questioning Hirai’s goal to boost revenue to 8.5 trillion yen by 2015, up nearly 20.0 per cent from 7.18 trillion yen last year.