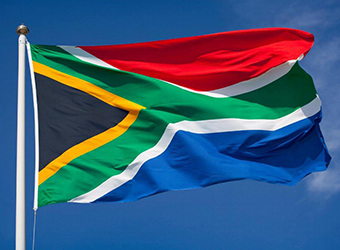 In a tit-for-tat dispute, Zimbabwe blocked flights by South Africa’s government-owned airline on Saturday amid tensions over allegations that Zimbabwe’s first lady assaulted a young model at a luxury hotel in Johannesburg.

Zimbabwe’s action followed the grounding Friday evening of an Air Zimbabwe flight at Johannesburg’s main international airport after South African authorities concluded it was not in compliance with civil aviation rules. Both countries said they imposed restrictions because planes did not have a “foreign operator’s permit.”

South Africa’s government, meanwhile, said it had not yet decided whether to grant the Zimbabwe government’s request for diplomatic immunity for Grace Mugabe, who has not commented on the allegations against her.

The outspoken wife of President Robert Mugabe has been criticized for a fiery temper and lavish shopping expeditions, but her rising political profile has some asking whether she is maneuvering to succeed her husband.

There was no sign of Grace Mugabe at a regional summit that Zimbabwe’s 93-year-old president attended Saturday in South Africa’s capital, Pretoria.

Twenty-year-old model Gabriella Engels has claimed that Grace Mugabe on Sunday night whipped her with an extension cord, cutting her forehead. Lawyers for Engels have threatened to go to court if immunity is granted.

Foreign ministry spokesman Nelson Kgwete said in a text message to The Associated Press that South Africa was still considering the request. “Decision yet to be made,” Kgwete said.

South African police have issued a “red alert” at borders to ensure Grace Mugabe doesn’t leave undetected. Police also say their investigation is complete but needs a government decision on the immunity appeal.

State-owned South African Airways said Zimbabwe had placed restrictions on its operations. A flight from Zimbabwe’s capital to Johannesburg was unable to take off Saturday morning, and another flight from Johannesburg to Harare was canceled.

South African Airways said Zimbabwean authorities were demanding a foreign operator’s permit, something that had never been required in the more than two decades the airline has been flying to and from neighboring Zimbabwe.

The airline’s statement did not mention the allegations against Zimbabwe’s first lady.

David Chawota, head of the civil aviation authority in Zimbabwe, did not specify the “issues” requiring attention. “The South Africans know what should be done in terms of processes,” he said.

Similarly, the South African Civil Aviation Authority said an inspection conducted Friday evening on an Air Zimbabwe Boeing 767-200 aircraft found it did not have a foreign operator’s permit, and the operator was instructed “not to take off until such time that there is full compliance” with aviation guidelines.

The scandal over Grace Mugabe is a sensitive issue for South Africa as it weighs the possible diplomatic fallout from Zimbabwe if it acts against the first lady — and the likely outrage at home if it grants immunity and allows her to leave. South Africa is home to several million Zimbabweans, many of whom left their country for better opportunities, and the two countries have a close trade relationship.

Some demonstrators protested Saturday in Pretoria against Zimbabwe’s president and his wife, saying she should be prosecuted.

“Arrest Grace, please. Grace is a disgrace,” some chanted.

It is not clear whether Grace Mugabe entered South Africa on a personal or diplomatic passport. Zimbabwe’s state-owned newspaper reported last weekend that she was in South Africa for medical care, but she told police after the alleged assault that she was scheduled to attend the summit with her husband.

After terror attack, Barcelona under fire over security barrier