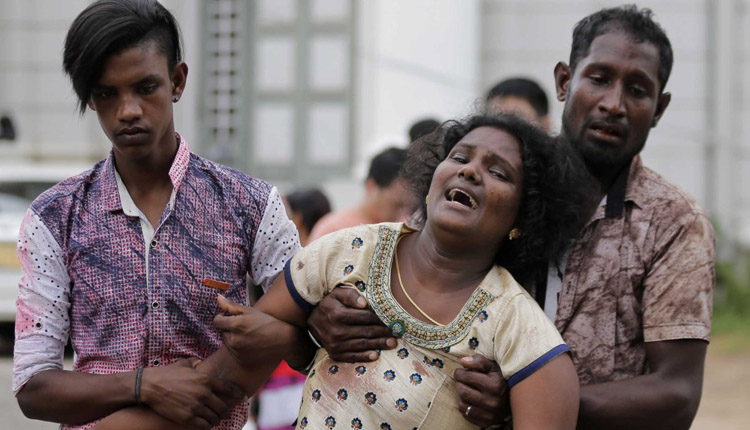 The toll from the coordinated bomb attacks rose to 321 and A Sri Lankan minister says an initial investigation shows the deadly Easter Sunday attacks were carried out in retaliation for last month’s Christchurch mosque shootings.

Sri Lankan police detained a Syrian among 40 people being questioned about the Easter Sunday attacks on churches and hotels, government and military sources said on Tuesday,

Police announced they had arrested 40 people in connection with the coordinated bomb blasts, while the death toll from the attacks had risen to 321, with more than 500 injured.

Two domestic Islamist organisations, including National Thawheed Jama’ut, are said to be responsible for carrying out the suicide bombings at churches and hotels.

“The initial investigation has revealed that this was in retaliation for the New Zealand mosque attack,” Junior Minister for Defence Ruwan Wijewardene told Sri Lanka’s Parliament.

“It was done by National Thawheed Jama’ut along with JMI,” he said, referring to another local group, Jammiyathul Millathu Ibrahim.

No group has claimed responsibility for the attacks, which officials said were carried out by at least seven suicide bombers on three churches and four hotels. About 500 people were also wounded.

However, the focus of suspicion is falling on Islamist militants with links to foreign groups. U.S. intelligence sources said the attacks bore some of the hallmarks of the Islamic State extremist group.

Tuesday was declared a national day of mourning and the funerals of some of the victims were held as pressure mounted on the government over why effective action had not been taken in response to a warning this month about a possible attack on churches by a little-known domestic Islamist group.