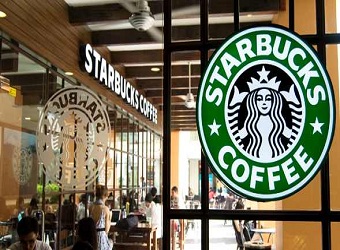 “We will neither stand by, nor stand silent, as the uncertainty around the new administration’s actions grows with each passing day,” Schultz said in a message to employees posted on the company’s website on Sunday.

“There are more than 65 million citizens of the world recognized as refugees by the United Nations, and we are developing plans to hire 10,000 of them over five years in the 75 countries around the world where Starbucks does business.”

Schultz said the effort would begin in the U.S., focusing hiring efforts initially on people who served with U.S. troops as interpreters and support personnel.

Trump signed an executive order on Friday to block refugees from seven predominantly Muslim countries from entering the U.S.

Attorney generals from California, New York, Washington DC and 13 other states have condemned the move and pledged to fight the “unconstitutional” move, Reuters reported.

“Green-card” holders, or those already granted the right to live in the U.S., were not exempted.

The executive order set off large-scale protests across the U.S., particularly in places where immigrants were detained as they tried to enter the country.

Schultz added that his company was planning to take other actions to counter Trump policies.

With the new administration planning to repeal the Affordable Care Act, Schultz said he reaffirmed the company’s commitment to providing employees with health insurance.

“If the recent executive order related to health care remains in place and the Affordable Care Act is repealed causing you to lose your healthcare coverage, you will always have the ability to return and can do so within 30 days of losing that coverage rather than having to wait for an open enrollment period,” Schultz said.

On his first day in office, Trump signed an executive order authorizing the dismantling of portions of the Affordable Care Act, also colloquially referred to as Obamacare. Congressional Republicans have also been meeting to discuss ways to repeal the act in its entirety.

Schultz also noted that Starbucks would continue to invest in Mexico amid Trump’s calls for both to build a wall along the around 3,000 km (2,000 mile) U.S. border with its Southern neighbour and for introducing trade tariffs.

“We will continue to invest in this critically important market,” Schultz said. “We stand ready to help and support our Mexican customers, partners and their families as they navigate what impact proposed trade sanctions, immigration restrictions and taxes might have on their business and their trust of Americans.”