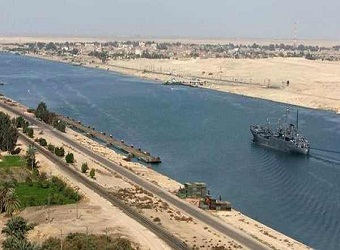 Egypt’s revenues from Suez Canal trade fell in January to register $395.2 million compared to $434.8 million in the same month last year, according to data from the Suez Canal Authority (SCA) published on the state-run Egypt Information Portal (EIP).

January’s receipts declined slightly compared to the previous month, when it registered to $414.4 million.

The canal, which is the fastest shipping route between Europe and Asia, is one of the country’s main sources of foreign currency.