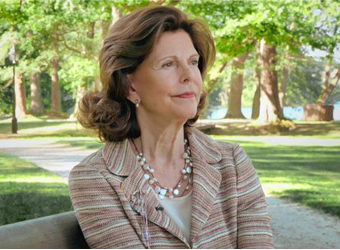 Queen Silvia of Sweden believes her royal palace is haunted, according to a documentary to be aired on Swedish public television on Thursday.

“It’s really exciting. But you don’t get scared,” she said.

The building, near Stockholm, is the permanent residence of the queen and her husband, King Carl XVI Gustaf.

The documentary, Drottningholm Palace: A Royal Home, was made by public broadcaster SVT and airs in Sweden on Thursday.

“You sometimes feel that you’re not completely alone,” the queen told the filmmakers, insisting her alleged cohabitants are “all very friendly”.

Princess Christina, the king’s sister, backed the queen’s claims when she was interviewed for the film.

“There is much energy in this house. It would be strange if it didn’t take the form of guises,” the princess said.

Swedish website The Local joked that “brave amateur ghost hunters” could visit the palace to put the rumours to the test.

It said: “Drottningholm Palace is open to the public year round, with the exception of the rooms in the southern wing, which are reserved for the royals. And their spooky friends, presumably.”

She is the daughter of a German businessman and a Brazilian woman.

In a 2015 book, The Royal Year, she told an interviewer that she had been lonely in her first year as queen and found it hard living in a palace dominated by men.

“Everybody had kind intentions. Everyone wanted to support me and was there. And the king was wonderful. […] But it could be lonely,” she said.

She was admitted to hospital just before Christmas, after experiencing dizziness, but was released two days later.