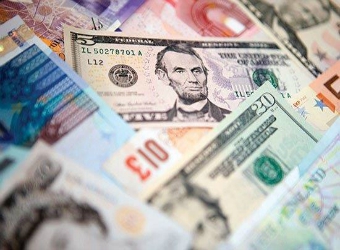 The yen fell only briefly after the Bank of Japan (BoJ) stood pat as widely expected on Tuesday, keeping much of its gains after separate deadly incidents in Turkey and Germany raised security concerns in the West.

The U.S. currency last traded at 117.22 yen, showing only minor price action after the BOJ maintained its twin targets of minus 0.10 percent interest on some excess reserves and the zero percent 10-year government bond yield.

Some players remained cautious ahead of Governor Haruhiko Kuroda’s news conference at 0630 GMT, where they suspect he could strike a more hawkish tone than before, given the sharp fall in the yen since the BOJ’s previous meeting.

Investors were rattled after the Russian ambassador to Turkey was shot dead by an off-duty police officer as the diplomat gave a speech at an Ankara art gallery.

Security fears deepened on news that a truck ploughed into a crowded Christmas market in central Berlin, killing 12 people, evoking memories of an attack in Nice, France, in July, in which 86 people were killed.

“Given that the yen was sold the most since the U.S. elections, it was inevitable to see some short-covering in the yen,” said Masashi Murata, senior currency strategist at Brown Brothers Harriman.

Last week the yen was down about 11 percent since the U.S. election, edging out the Mexican peso and the Turkish lira to briefly become the worst performer after Donald Trump’s surprise election victory.

“The dollar is rising on expectations of Trump’s policies and I think the rally will continue as long as there are uncertain elements to his policies,” said Kazushige Kaida, head of foreign exchange at State Street.

“But markets are starting to take it as a fact, and that suggests the dollar’s rising cycle is coming near an end. Those who got on the bus first will be starting to get off,” he added.

The safe-haven Swiss franc was another strong performer. It stood at 1.0689 per euro, having hit a six-month high of 1.0680 on Monday.

The U.S. dollar remained supported against many other currencies, with the its index rising back to 103.08 from Monday’s low of 102.52, coming within sight of its 14-year peak of 103.56 touched on Thursday.

The dollar was helped in part by upbeat comments from Federal Reserve Chair Janet Yellen on the U.S. jobs market.

The Turkish lira dropped slightly to 3.5325 to the dollar ahead of its central bank policy announcement later in the day, but held above its record low of 3.6000 set earlier this month.