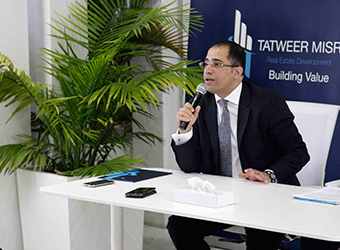 He added that it is the second time in one year to increase the company’s paid up capital, whereas an amount of 50 million Egyptian pounds at the beginning of 2017. Tatweer Misr seeks to increase implementations  rates of its current rates while starting in establishing new projects during the upcoming year.

Shalaby told Amwal Al Ghad that his company is competing on the partnership projects  lately launched by  New Urban Communities Authorities, referring that the company is studying the possibility of competing over two projects of 500 feddans and 1,000 feddans.

On the other hand , Tatweer Misr has paid a land plot from El Mostakbal for Urban Development in order to establish a comprehensive residential project which will be announced within the next week.