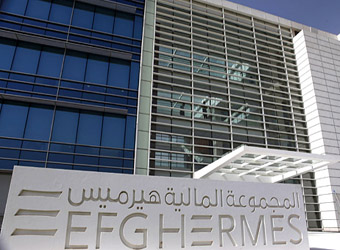 Established in 1994, EFG Hermes Asset Management is the oldest asset manager in the region and today controls AUM of c. USD 2.8 billion across a complete portfolio of products and services, backed by on-the-ground presence that spans the MENA region.

“Amr is a consummate professional with an outstanding track record of helping institutions of all risk profiles meet their investment goals” said Karim Awad, Co-CEO of the Investment Bank at EFG Hermes. “He brings to the table a unique mix of professional and leadership skills including demonstrated expertise in global emerging market mutual fund equities, EMEA-listed equities, and private equity in the Middle East and Africa. We are confident that Amr will be able to lead EFG Hermes’ Asset Management division through its next phase of growth.”

Seif, who assumes his duties at EFG Hermes Asset Management effective 1 October 2013, joins the firm from regional investment company Citadel Capital, where he was Managing Director of Finance Unlimited.

“I am delighted to have been chosen to assume the top asset management responsibility at the region’s largest asset manager. Throughout my years in this industry, I have known EFG Hermes as a growth story, and I look forward to working with my colleagues in the division to take that growth forward to a new phase,” said Seif, who holds a BSc in Economics from Cairo University and an MBA in Finance from the Katz School at the University of Pittsburgh.

After beginning his professional career in Egypt in 1991 with Shell and, later, Citibank, Seif worked for a decade in London with JP Morgan and Investec as a fund manager, where he maintained a focus on markets including Turkey, Eastern Europe, the Middle East and North Africa. Throughout, Seif both managed existing funds and launched new products, earning a reputation for delivering consistent excess returns over relevant benchmarks and for topping like-for-like peers in both rising and declining markets.

“Amr is exactly the type of leader we look for at EFG Hermes,” said Kashif Siddiqui, Co-CEO of the Investment Bank at EFG Hermes, “He combines fundamental knowledge of local and regional markets with proven international experience and a wide network of contacts across geographies. I will work closely with Amr to make sure that his transition is as smooth as possible for our team and, most importantly, for our valued clients.”

EFG Hermes Asset Management has won a string of accolades in 2013 for its performance, including two number-one rankings from the Egyptian Investment Management Association for the top performing equity and Islamic funds in the twelve months to December 2012. Al-Baraka Bank Egypt Fund delivered FY12 returns of c. 40%, while the Banque du Caire Equities Fund returned more than 43%.

The division also took three MENA Fund Manager Awards including being “Egypt Asset Manager of the Year” for the second time in three years, as well as number-one rankings in the Money Market Fund (Crédit Agricole III) and Balanced Fund of the Year (Al Massy Balanced Fund).