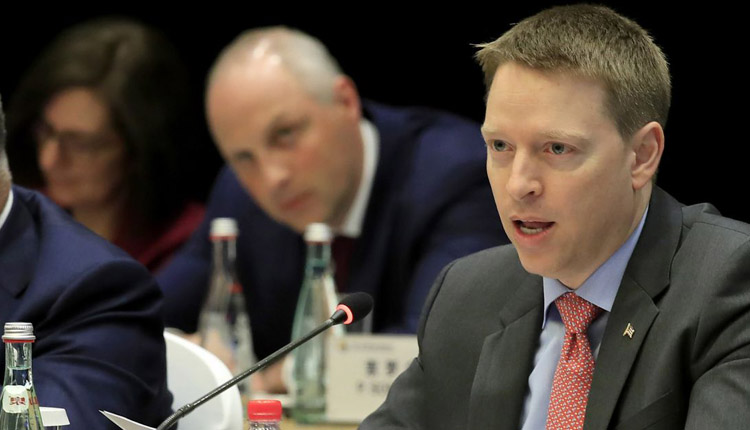 Robert O’Brien made the announcement on Air Force One as Trump flew from Ohio to New York, where the president will spend most of the week attending events related to the United Nations General Assembly.

Trump and the hawkish Bolton had differences over foreign policy challenges such as Iran, Afghanistan and North Korea.

Pottinger is a former journalist and ex-U.S. Marine who has helped forge China and North Korea policy since Trump took office in January 2017.

Pottinger played a key role in arranging Trump’s summits with North Korean leader Kim Jong Un, a diplomatic engagement that has made little progress toward persuading Pyongyang to give up its nuclear weapons.