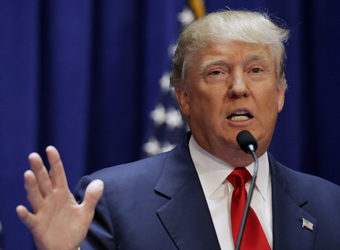 President-elect Donald Trump drew a rebuke from former Democratic presidential candidate Bernie Sanders on Saturday, after turning his attention to another Indiana company planning a move to Mexico.

“Rexnord of Indiana is moving to Mexico and rather viciously firing all of its 300 workers. This is happening all over our country. No more!” Trump said in a Friday night Twitter post.

Rexnord Corp (RXN.N), an industrial supplier based in Milwaukee, announced plans in October to move a bearing plant, and its 300 jobs, from Indianapolis to Mexico, employees told the Indianapolis Star at the time.

The Republican, who takes office on Jan. 20, warned on Thursday of consequences for companies that move jobs out of the United States but did not specify what they would be.

Trump, who campaigned on promises to keep manufacturing jobs from fleeing the country, claimed credit for a deal in which Indiana state officials agreed to give United Technologies Corp (UTX.N) $7 million worth of tax breaks to encourage the company to keep around 1,000 jobs at its Carrier unit in Indianapolis instead of hiring in Mexico.

The agreement was less than a complete victory for Trump, as the air conditioner maker will still send an estimated 1,300 jobs there.

The deal does nothing to prevent other employers from shipping work out of state and has been criticized by Democrats and Republicans alike who call it corporate welfare.

Sanders, who attacked U.S. trade policy in his race against Hillary Clinton for the Democratic presidential nomination, said Trump’s deal with Carrier set a “very dangerous precedent” of having taxpayers subsidize multi-billion dollar corporations to “beg them” to keep jobs in the country.

On Saturday, he challenged Trump over his Rexnord tweet.

During the presidential campaign, Trump said his administration would put a 35 percent import tariff on goods made by American manufacturers that moved jobs offshore. He frequently pilloried Carrier for planning to move production to Mexico as he appealed to blue-collar voters in the Midwest, including in Indiana, whose governor, Mike Pence, is the vice president-elect.

It is unclear what steps would have to be taken by federal authorities before Trump could retaliate against individual companies shifting jobs abroad.