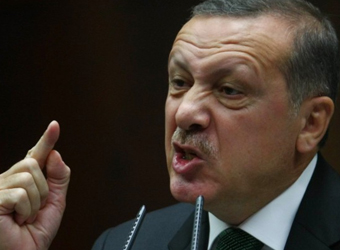 The accord for the surface-to-air missile defence batteries is Ankara’s most significant pact with a non-NATO supplier.

“Signatures have been made for the purchase of S-400s from Russia. A deposit has also been paid as far as I know,” Erdogan said in comments published in the Hurriyet daily and other newspapers.

“(Russian President Vladimir Putin) and myself are determined on this issue,” he told journalists.

The purchase of the missile systems from a non-NATO supplier will raise concerns in the West over their compatibility with the alliance’s equipment.

Erdogan said Turkey was free to make military acquisitions based on its defence needs.

“We make the decisions about our own independence ourselves, we are obliged to take safety and security measures in order to defend our country,” he said.

Moscow also confirmed the accord, with Vladimir Kozhin, Putin’s adviser for military and technical cooperation, saying: “The contract has been signed and is being prepared for implementation.”

He said that the S-400 was one of the most complex systems, made up of a whole range of technical materials.

“I can only guarantee that all decisions taken on this contract strictly comply with our strategic interests,” he was quoted as saying by Russian state-owned TASS news agency.

“For this reason we fully understand the reactions of several Western countries which are trying to put pressure on Turkey,” he added.

Russia’s relations with NATO have been in crisis over its annexation of Crimea from Ukraine and for backing pro-Moscow separatists in eastern Ukraine.

Turkey, a NATO member since 1952, has currently troubled ties with the United States over a number of issues including Washington’s support of the People’s Protection Units (YPG) Syrian Kurd militia which Ankara considers a terror group.

Savola and Almarai drag down Saudi index, Dana Gas up