Savola and Almarai drag down Saudi index, Dana Gas up 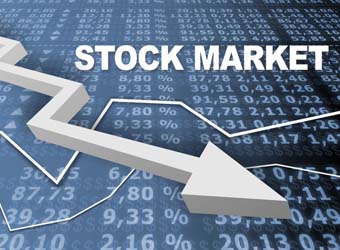 Shares of Saudi Arabia’s top food producers, Savola and Almarai, fell on Wednesday after Savola said it was selling a small stake in the dairy maker while Dana Gas strengthened in Abu Dhabi.

The Riyadh index was down 0.4 percent with Savola down 1.9 percent at 46.50 riyals after 35 minutes of trade, pulling back from an intra-day high of 49.60 riyals touched in the opening minutes of the session.

Savola said it was selling a 2 percent stake in Almarai for 1.12 billion riyals ($308 million) through an accelerated bookbuilding process, with 16 million shares on offer at 70 riyals each.

Analysts said the deal could help create liquidity for Savola in case it conducts acquisitions. If the sale is fully completed, Savola will record a profit of 694.1 million riyals in the third quarter, the company said.

Shares in Almarai slumped 5.9 percent to 77.00 riyals. As of Tuesday’s close it had risen almost 20 percent this year, outperforming the main market index by a large margin.

Analysts are split on how the deal could affect Saudi Fransi. Some believe it is good news to have Alwaleed on the board, while others think Credit Agricole may ultimately sell all its shares, hurting the Saudi bank in the long run.

Shares in Kingdom Holding, which are often sparsely traded, were up 0.9 percent in relatively active trade after the previous session’s 5.1 percent gain.

Qatar’s index fell 0.2 percent after hitting a 52-month closing low on Tuesday. Seven of the top 20 most valuable companies dropped, including telecommunications operator Ooredoo, which was down 2.0 percent.

In Dubai, the index slipped 0.2 percent as Dubai Investments fell 1.3 percent, while Abu Dhabi’s index was down 0.1 percent. Dana Gas, however, climbed 2.5 percent in active trade.

Shares of the energy company have mostly been buoyant since last week, when it said it had received an overdue settlement of payments from the Kurdistan Regional Government in Iraq.