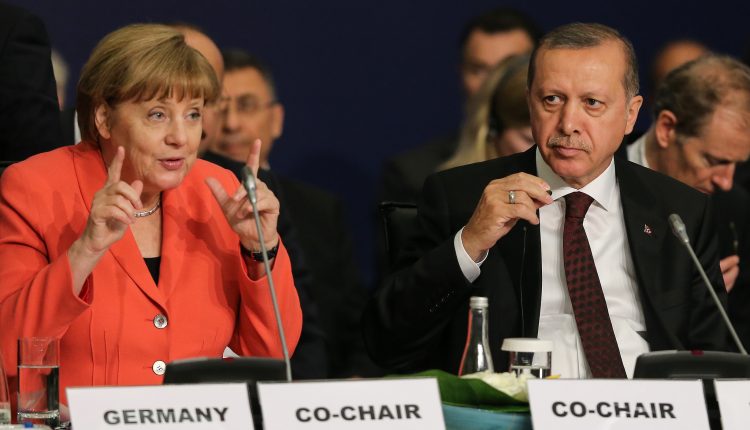 It would be Erdogan’s first official visit to Germany since 2014, and his first since taking over the Turkish presidency, the mass circulation daily said.

Plans for the visit reflect efforts to rebuild relations between Germany and Turkey after ties soured in a series of disputes over Turkey’s crackdown after a failed coup in 2016 and its detention of German citizens and journalists.

A state visit includes a reception by the German president with military honors and a formal state banquet.

No immediate comment was available from the German or Turkish governments.

Former German Foreign Minister Sigmar Gabriel in January said he had agreed with his counterpart, Mevlut Cavusoglu, to do everything possible to improve ties between the NATO allies and trading partners.

German-Turkish journalist Deniz Yucel, who works for the publisher of Bild, was released in February after being held for a year on alleged security offenses.

His release removed a key irritant in ties between the two allies, but German officials remain deeply concerned about Turkey’s deteriorating record on human rights and freedoms.

Another German national was arrested in southeastern Turkey this week accused of spreading propaganda for Turkish militants, the state-run Anadolu news agency said on Wednesday.

The Turkish government has purged more than 150,000 civil servants and charged 77,000 people since the failed coup. It has also launched cross-border operations into Syria against what it says are terrorist threats by the Kurdish YPG militia, which it deems a terrorist organization linked to the outlawed Kurdistan Workers Party (PKK).

Rights groups and Turkey’s Western allies have voiced concern over the crackdown, saying President Tayyip Erdogan has used the putsch as a pretext to muzzle dissent. The government says the measures are necessary.