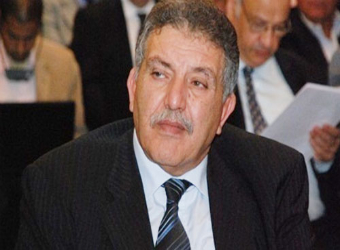 A Turkish business delegation arrived Sunday in Cairo, the first such visit since 2013, upon an invitation by the Federation of Egyptian Chambers of Commerce to discuss the possibility of economic cooperation, announced federation chairman Ahmed El-Wakil.

The delegation is expected to meet on Monday with the Egyptian minister of industry and commerce, Egyptian businessmen, and representatives from the Federation of Egyptian Chambers of Commerce, El-Wakil told Ahram Online.

The delegation consists of Turkish businessmen representing companies in the fields of fabrics, the food industry, energy and tourism, according to El-Wakil.

“We [the federation] hope this visit will politically influence relations between the two countries, especially as Egypt’s presidency knows about the invitation and agrees to having economic ties between Egypt and Turkey,” El-Wakil said.

“Turkey is of particular importance to Egypt logistically, especially since it is an access point to the former Soviet states,” El-Wakil said.

Relations between Turkey and Egypt have been strained since the 2013 ouster of Egypt’s Islamist president Mohamed Morsi, a close ally of Turkish President Recep Tayyip Erdogan’s AKP government.

Cairo has repeatedly accused Ankara of “interference” in its domestic affairs and providing a safe haven for leading members of the banned Muslim Brotherhood group, while Erdogan’s government has been an outspoken critic of Morsi’s ouster and of Egyptian President Abdel Fattah al-Sisi.