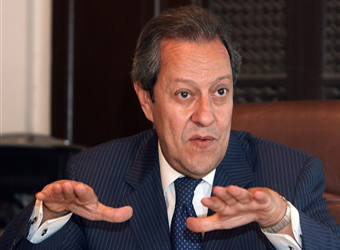 The UK investments totalling US$5.3 billion, are the second largest among worldwide investors in Egypt, Egyptian Minister of Investment, Trade and Industry Mounir Fakhry Abdel Nour said on Wednesday.

The volume of the UK investments in Egypt are particularly concentrated in key economic sectors like banks, energy, financial services and retail, Abdel Nour added.

At the end of his visit to London, the Egyptian minister had met with a number of UK parliament members, reviewing mechanisms to boost the bilateral relations between the two countries. They discussed the inception of a parliamentary group to keep up with the UK-Egypt relations.

Moreover, Minister Abdel Nour had also met with a number of representatives of investment funds in the UK, tackling the current economic and political situation in Egypt i.e. preparations for the upcoming presidential elections as well as the Gulf aid pledges to stimulate Egyptian economy.

The Egyptian government’s top priority is to promote the country’s investment climate in order to lure more local and foreign investments, to revive national economy, and to work on solving energy crisis, the minister noted.

Crude Loses All of Ukraine-Inspired Rally