UK’s PM and ministers to set out ‘road to Brexit’

Theresa May will deliver a major speech within the next three weeks outlining the future relationship Britain wants to have with the EU.

Before that, senior ministers are also due to give speeches in a campaign dubbed “the road to Brexit” by No 10.

Security, the devolution of powers, workers’ rights and trade are to be covered.

The PM has been under pressure from Brussels and her party to set out her vision for Britain after Brexit.

Senior ministers are due to hold talks at the prime minister’s country residence Chequers, and soon after that Mrs May is expected to set out her vision.

The foreign secretary will begin the series of speeches on Wednesday and insiders say Boris Johnson will be seeking to unite Remainers and Leavers, the BBC’s political correspondent Iain Watson said. 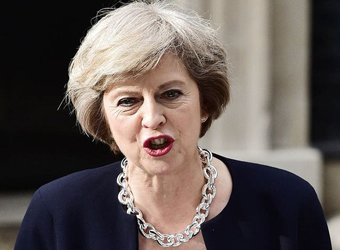 Brexit Secretary David Davis and International Trade Secretary Liam Fox will also be heard from, along with Cabinet Office minister David Lidington, who backed Remain in the referendum.

But two prominent ministers who voted to remain – the chancellor and the home secretary – are not delivering speeches.

No 10 said Philip Hammond spoke recently in Davos, while the prime minister herself will in effect cover Amber Rudd’s brief when she gives a speech on security on Saturday.

Mrs May will detail the “security partnership” the UK wants to maintain with the EU.

He said “substantial” disagreements remained and he had “some problems understanding the UK’s position”.

Following the comments, Mr Davis said he was “surprised” to hear Mr Barnier was unclear on the UK’s stance on the transition period.