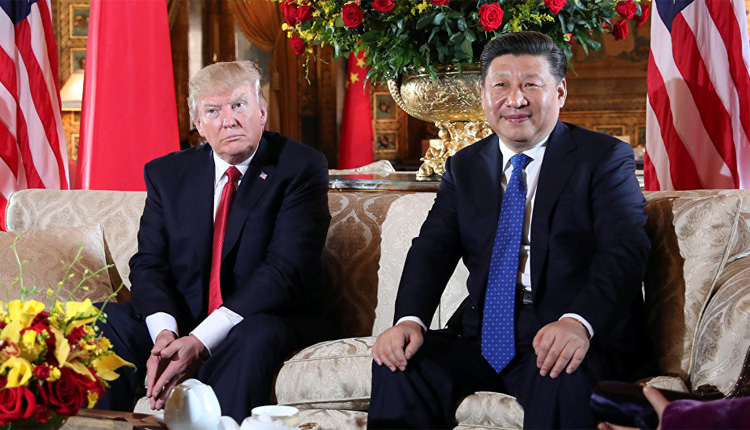 The latest round of tariffs targeting U.S. and Chinese goods went into effect Monday, raising the stakes in an escalating trade war between the world’s two largest economies.

President Donald Trump’s administration levied tariffs of 10 percent on $200 billion of Chinese products that include furniture and appliances, with the rate set to increase to 25 percent by the end of the year. It is Washington’s third tranche of China-focused levies and part of a strategy to pressure Beijing into changing trade practices that Trump has claimed hurt American companies.

In response, Chinese President Xi Jinping’s government said it would impose taxes on 5,207 U.S. imports worth about $60 billion. Products such as liquefied natural gas, coffee and various types of edible oil will see a 10 percent levy while a 5 percent tax will be imposed on items such as frozen vegetables, cocoa powder and chemical products, Beijing said.

The U.S. and China have already applied tariffs to $50 billion of each other’s goods — moves that threaten to derail global supply chains.

Hours after the new tariffs took place, Chinese state news agency Xinhua accused the U.S. of “trade bullyism.” The media outlet also said Beijing was willing to go back to the negotiating table with Washington if discussions were “based on mutual respect and equality,” Reuters reported.

Over the weekend, Beijing rejected Washington’s invitation to restart trade talks and it’s not clear when both sides will meet next.

“It’s hardly surprising the Chinese have called off these talks, they don’t really know who to talk to or what to talk about since the Trump administration has sent very mixed signals about what they want,” said Matthew Goodman, senior vice president and senior adviser for Asian economics at The Center for Strategic and International Studies.

Since Trump’s first round of duties were imposed in July, Beijing has retaliated with defiant countermeasures of its own. The Chinese finance ministry has described Trump’s policies as “unilateralism and trade protectionism,” while state-controlled media insist that Beijing will benefit from the spat.

U.S. Secretary of State Mike Pompeo told Fox News Sunday that his government was “determined” to win the trade war.

Many now expect the White House to go ahead with a fourth round of tariffs.

When Trump announced news of Monday’s tariffs last week, he said any retaliatory action from China would prompt Washington to “immediately pursue phase three, which is tariffs on approximately $267 billion of additional imports.”

“I think Donald Trump is going to continue doing this until he feels he gets some satisfaction from the Chinese,” said Goodman.

Contributing to the hostile atmosphere are fresh military tensions.

Washington on Thursday imposed sanctions on a Chinese military unit for purchasing Russian weapons, claiming the transaction violated a U.S. sanctions law known as Countering America’s Adversaries Through Sanctions Act. The Chinese government summoned the U.S. ambassador in Beijing over the matter and said Beijing would recall its navy chief from a visit to the United States.