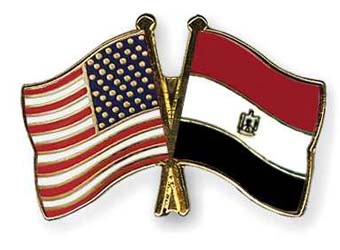 Some U.S. lawmakers said on Tuesday they were unhappy about cuts in Washington’s aid to Egypt announced earlier this month after authorities in Cairo used violence to put down protests.

They also said they were considering changes to a U.S. law that bars sending assistance to governments that have been deemed to have seized power through a coup.

Members of the House of Representatives Foreign Affairs Committee said the aid cuts could affect close ties to the strategically important country, which controls the Suez canal and is the most populous Arab state.

“I support a continued and robust military relationship with Egypt,” California Republican Ed Royce, the committee’s chairman, said at a hearing on Egypt.

Some of President Barack Obama’s fellow Democrats on the committee also expressed concern, questioning whether the White House had consulted with Israel, which has a peace treaty with Egypt, before making the aid decision.

“These actions make it tougher for us to influence them, not easier, because I think if you’re helping, you have some influence. If you’re… pulling away, then their attitude is going to be, ‘Well, why do we have to listen to you?'” he said.

The Obama administration said on Oct. 9 that it would withhold deliveries of tanks, fighter aircraft and other military equipment, as well as $260 million in cash aid, from Egypt’s military-backed government until it made progress on democracy and human rights.

Under U.S. law, the administration is obliged to halt aid to a country where it assesses that a coup has taken place.

This month officials told congressional aides they had quietly decided to respect that law, even though administration earlier said it was under no obligation to decide whether a coup had taken place and so did not have to apply the law.

Administration officials said they wanted changes in the coup language, saying it kept them from continuing some education and health projects they would like to continue but could not because they involved the Cairo government.

Derek Chollet, assistant secretary of defense for international security affairs, said the Pentagon had detected no change in its relationship with Egypt’s military and the army’s operations were not affected.

Egypt’s army denies it carried out a coup, saying it responded to the will of the people after massive street protests. Morsi’s Muslim Brotherhood has refused to work with the new government, which it says staged a coup and sabotaged the country’s democracy.

It was not clear whether there would be any change in the coup language. Democrats in the Senate in particular strongly support the provision, as do many in the House.

Egypt Expected to Keep Rates Steady As Inflation Picks up

Analysis: On Healthcare, Spying, Questions On What Obama Knew And When