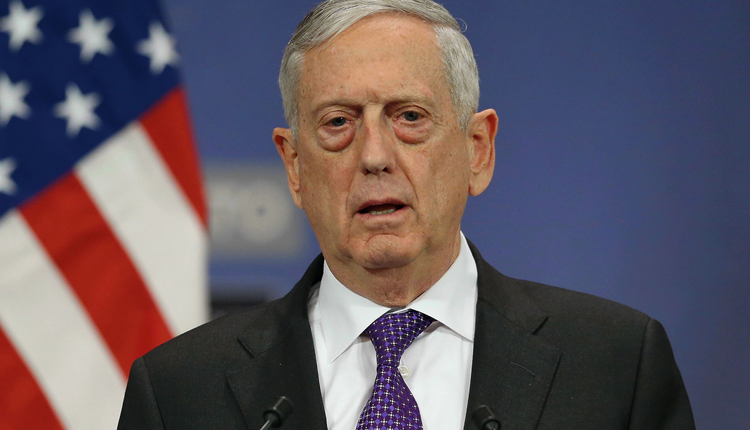 U.S. Secretary of Defense James Mattis blasted Beijing on Saturday for the militarization of artificial features in the South China Sea, warning the Asian giant of potential penalties ahead.

“There are consequences that will continue to come home to roost” if China does not find a way to work more collaboratively with nations that have interests in the disputed region, the former four-star Marine Corps general said at the Shangri-La Dialogue, an annual security summit in Singapore.

Beijing’s series of recent provocations in the international waterway, which include the installation of anti-ship cruise missiles and radar-jamming equipment on several of its outposts, has triggered concern among neighboring countries who also lay claim to the area.

“The placement of these weapon systems is tied directly to military use for the purpose of intimidation and coercion,” Mattis said, adding that, “China’s militarization of the Spratlys is also in direct contradiction to President Xi Jinping’s 2015 public assurances in the White House Rose Garden that they would not do this.”

But such actions are still relatively small consequences, the defense secretary said. “I believe there are much larger consequences in the future when nations lose the rapport of their neighbors, when they believe that piling mountainous debts on their neighbors and somehow removing the freedom of political action is the way to engage with them.”

It’s speculated that Mattis may be referring to China’s Belt and Road program. Beijing has been accused by critics of using sovereign debt to gain political leverage over developing countries that are part of the infrastructure project.

“If the U.S. will continue to pursue a constructive results-oriented relationship with China, cooperation, whenever possible, will be the name of the game and competing vigorously where we must,” Mattis said.