US, North Korea meet to discuss remains of soldiers from Korean War 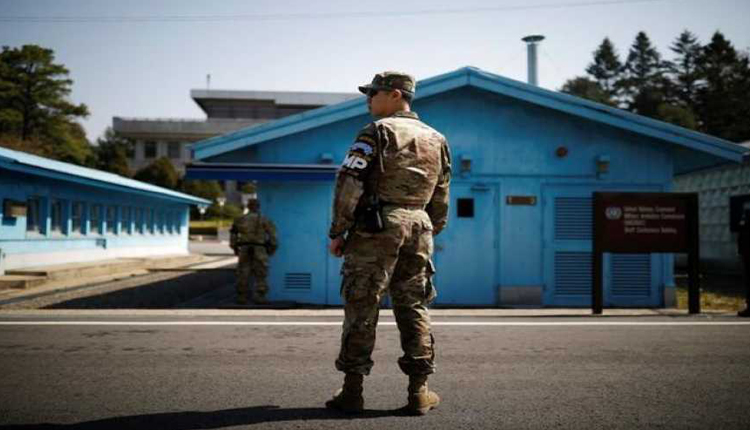 U.S. and North Korean officials met on the inter-Korean border on Sunday to discuss the return of remains of U.S. soldiers killed in the 1950-53 Korean War, South Korea’s Yonhap news agency said.

The repatriation of U.S. remains was one of the agreements reached during an unprecedented summit between U.S. President Donald Trump and North Korean leader Kim Jong Un in June in Singapore.

U.S. Secretary of State Mike Pompeo unveiled the plan for talks after visiting Pyongyang this month, touting it as one of key issues on which the two sides had made progress, though the North accused his delegation of making “gangster-like” demands in connection with denuclearization during the trip.

Pompeo initially said the two sides had agreed to hold talks on U.S. remains on Thursday but no North Korea representatives showed up on the border.

Three vehicles of U.S. forces in South Korea, flying U.N. flags, were spotted heading to the border earlier in the day, Yonhap said.

A U.N. Command (UNC) general would represent the U.S. side and his counterpart is expected to be a military commander stationed in the DMZ, the news agency said.

A UNC official said he had no information to confirm the report, though preparations had been made for Sunday’s talks.

A U.S. Embassy spokesman in Seoul was not available for comment. There was no report on North Korean state media about the meeting.

The U.S. forces brought some 100 wooden coffins into the DMZ last month, which will be used to transport the remains, according to Yonhap.

At the Singapore summit, Kim Jong Un made a broad commitment to “work toward denuclearization”, but fell short of details on how or when he would dismantle North Korea’s nuclear program, which it has pursued in defiance of U.N. Security Council resolutions.

Pompeo had hoped to “fill in” details on how to dismantle the North’s nuclear program and recover the remains of U.S. troops in his talks in Pyongyang this month.

He later said he had made progress on setting a timeline for North Korea’s denuclearization.