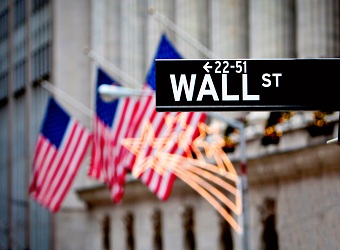 Reuters reported in late morning trade that a Chinese Navy warship has seized an underwater drone deployed by an American oceanographic vessel in international waters in the South China Sea, triggering a formal diplomatic protest from the United States and a demand for its return, a U.S. defense official told the newswire.

“Traders are going to want to see if this escalates at all from the White House and see how this unfolds over the weekend,” said Quincy Krosby, market strategist at Prudential Financial. “It could be one of the things that dissipates in the news but it could be one of the headlines that gains momentum into next week.”

The three major indexes gave up slight opening gains to close lower, with the Nasdaq composite the worst performer, down over a third of a percent. The tech-heavy index and S&P 500 ended slightly lower for the week, while the Dow Jones industrial average posted its first six-week win streak since November 2015.

Goldman Sachs contributed the most to declines in the Dow in the close, while financials were the most performer in the S&P 500. The benchmark index closed nearly 4 points lower at 2,258.07.

“A little world tension. The markets sold off exactly when that news story came out,” said Peter Coleman, head trader at Convergex.

Following the China news, U.S. Treasury yields edged lower, gold prices climbed, and the yen strengthened against the dollar in a safe-haven trade.

“The Treasury market is at or near record shorts, and this led to a meaningful bounce in the market as we head into a week with very little on the calendar,” Ian Lyngen of BMO Capital Markets said, pointing out the 10-year yield fell from about 2.62 to 2.56 percent.

“We’ve drifted down on (that China news). I’m not surprised. It’s such a quiet day,” said JJ Kinahan, chief strategist at TD Ameritrade.

Real estate and utilities rose more than 1 percent to lead S&P 500 advancers, while UnitedHealth contributed the most to gains in the Dow Jones industrial average.

“That’s becoming the real issue because you’ve got a very high multiple out there and a lot of expectations for tax cuts and stimulus, but if the dollar was a problem a year ago, it’s got to be a problem” going forward, he said.

A strong dollar and low oil prices have weighed on U.S. corporate earnings in the last year.

Coleman said he’s “watching the 10-year Treasury yield. It’s obviously running at a moderate level but if and when we get to 3 percent, what kind of impact does that have on the market?” he said.

The dollar and yields jumped after the Federal Reserve on Wednesday surprised with its forecast for three rate hikes in 2017.

Richmond Fed President Jeffrey Lacker said the Fed will need more than three rate hikes in 2017. Separately, St. Louis Fed President James Bullard said in an interview with The Wall Street Journal that after the election, the economy has more upside risk, while it will take a while for the new political landscape to alter the outlook.

The Dow Jones industrial average closed 8.83 points lower, or 0.04 percent, at 19,843.41, with Caterpillar the greatest decliner and UnitedHealth the top gainer.

The Dow gained 0.44 percent for the week. Pfizer was the top performer and Caterpillar the worst.

The index lost 0.06 percent for the week, with industrials the worst performer and telecoms the best.

The CBOE Volatility Index (VIX), widely considered the best gauge of fear in the market, traded lower near 12.2.

About four stocks advanced for every three decliners on the New York Stock Exchange, with an exchange volume of 2.2 billion and a composite volume of nearly 5.6 billion in the close.

With bylaw tweaks, Apple grants activist one of three wishes