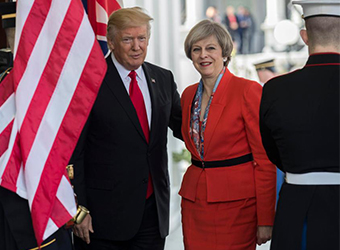 U.S. President Donald Trump met Saturday with British Prime Minister Theresa May and said he hoped the United States can quickly seal a bilateral trade deal with the United Kingdom.

“We’re working on a trade deal which will be a very, very big deal, a very powerful deal, great for both countries,” Trump told reporters as he met with May on the sidelines of the G20.

Britain cannot seal a separate trade deal with the United States until it has left the European Union in 2019.

Bibliotheca Alexandrina readies for its biggest-ever summer festival in Egypt