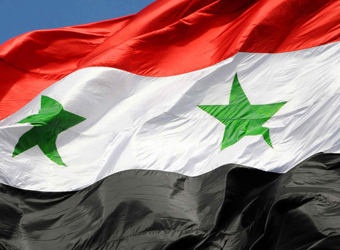 A video showing an Egyptian family foiling the attempted kidnapping of a Syrian man on the streets of Cairo on Sunday has gone viral this week, receiving over 2.4 million views on Facebook.

According to the Nasr City prosecution, two armed men in their twenties, both of whom have been arrested, attempted to kidnap a 30-year-old Syrian man who owns a factory in Cairo with the intent of extracting a ransom from his family.

The viral video, which was filmed by the Egyptian family, shows the family’s car chasing another vehicle while a female occupant of the pursuing car repeatedly screams “they kidnapped someone.”

The incident took place when Yara Alaa El-Din and her family, who were looking for a parking spot, saw two masked men struggling to subdue a third man in a nearby car in Nasr City, Alaa El-Din said in an interview on Al-Ashera Masaan TV programme.

Alaa El-Din’s father then chased the vehicle after it sped off as Yara filmed the incident while screaming to gain the attention of passersby.

“I did not know if the kidnapped person was a woman or a man, but I had to catch people’s attention,” Alaa El-Din, a 27-year-old English teacher, said during the interview, adding that her father attempted to ram the car several times but failed to bring it to a stop.

The chase came on the end when the kidnappers hit another car in their attempt to escape.

“As soon as we stopped, I hurried to their car and opened the back seat, telling bystanders to detain them as they were kidnappers,” Alaa El-Din said, adding that the victim “was badly beaten and seemed to be drugged.”

Alaa El-Din and her family can be heard on the video asking the victim if he was alright.

According to estimates by the Egyptian foreign ministry, there are currently half-a-million Syrians living in Egypt.