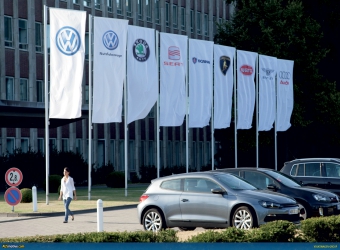 Decades after Volkswagen captured the spirit of the late ’60s and early ’70s with the iconic Microbus, the German automaker is wishing an updated, all-electric van will do the same thing.

VW has announced it will build and sell the I.D. Buzz with the new electric van scheduled to hit showrooms in 2022. The announcement comes less than a year after the automaker first unveiled the I.D. Buzz as a concept vehicle at the Detroit Auto Show.

“After the presentations at the global motor shows in Detroit and Geneva, we received a large number of letters and emails from customers who said, ‘please build this car’,” Volkswagen CEO Herbert Diess said in Pebble Beach, California.

Volkswagen announcing plans for the I.D. Buzz in California is fitting given the the long and storied history of the Microbus in the state. From surfer dudes in Southern California to hippies in Northern California, Volkswagen vans were synonymous with the state’s culture in the 60’s and 70’s.

Those days may provide plenty of motivation, but they are far from the reality Volkswagen faces today. Following the diesel scandal that cost the company billions of dollars and battered its reputation, VW brand sales in the U.S. have struggled to recover.

In 2017, VW’s U.S. sales are up 5.9 percent in an auto market where overall sales are down 2.9 percent. While Volkswagen’s numbers may sound impressive, the brand is far from where it was when the automaker was caught rigging the emissions of diesel models.

Which raises the question: Can I.D. Buzz generate the kind of buzz Volkswagen could desperately use?

There is no doubt VW Microbus fans will cheer the news, but the I.D. Buzz comes at a time when vans are falling in popularity. In addition, the I.D. Buzz won’t hit the street for another five years and by then what we drive and ride in could be dramatically different. Autonomous-drive vehicles, ride-sharing and robo-taxis could change how many of us get around.

Still, Volkswagen’s Diess believes the all-electric I.D. Buzz will strike a chord with buyers who want more functionality and utility. Diess says mounting the van’s batteries in the floor, along with electric drive components taking up less room, will give the I.D. Buzz plenty of space.

“The vehicle looks like a compact commercial van on the outside, even though it offers the generous interior space of a large SUV,” Diess explained.