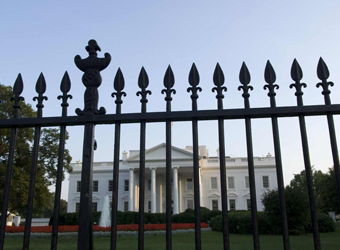 The White House on Monday ruled out talks with North Korea except to discuss the fate of Americans held there, again appearing to rebuke Secretary of State Rex Tillerson who said Washington was directly communicating with Pyongyang on its nuclear and missile programs.

“We’ve been clear that now is not the time to talk,” White House spokeswoman Sarah Sanders told reporters, reiterating a tweet from President Donald Trump at the weekend that was seen as undercutting Tillerson.

“The only conversations that have taken place were that … would be on bringing back Americans who have been detained,” Sanders said. “Beyond that, there will be no conversations with North Korea at this time.”

Tillerson said on Saturday during a trip to China that the United States was directly communicating with North Korea on its nuclear and missile programs but that Pyongyang had shown no interest in dialogue.

“I told Rex Tillerson, our wonderful secretary of state, that he is wasting his time trying to negotiate with Little Rocket Man,” Trump wrote on Twitter, using his sarcastic nickname for Kim.

“Save your energy, Rex, we’ll do what has to be done!” Trump wrote.

It was not the first time the White House and State Department have seemed at odds on policy issues, but when asked if Trump still had confidence in Tillerson as secretary of state, Sanders said: “He does.”

“I think it was just him misspeaking. He was just acknowledging the fact that we do have channels and we might have reason to talk if North Korea’s behavior changes sometime down the road,” the official said.

Tillerson said in Beijing that the United States had multiple direct channels of communication with Pyongyang and that it was probing North Korea to see if it was interested in dialogue.

The top U.S. diplomat expressed hope for reducing tensions with North Korea, which is fast advancing toward its goal of developing a nuclear-tipped missile capable of hitting the U.S. mainland.

The fate of Americans held in North Korea is also a bone of contention. The Trump administration has demanded North Korea release three U.S. citizens it has detained: missionary Kim Dong Chul and academics Tony Kim and Kim Hak Song.

The Trump White House and State Department have taken to divergent stances on other foreign policy issues.

When a dispute over Qatar erupted this year, Trump strongly backed Gulf Arab leaders who accuse Qatar of supporting Iran as well as Islamist militants. Trump accused Qatar of being a “high-level” funder of terrorism even as the Pentagon and Tillerson cautioned against the military, commercial, and humanitarian effects of a boycott imposed by Arab states.

Months into the dispute, Trump adopted a position more in line with that of the State Department.

Trump: Las Vegas shooting ‘was an act of pure evil’