Why employees are turning to freelancing: analysis 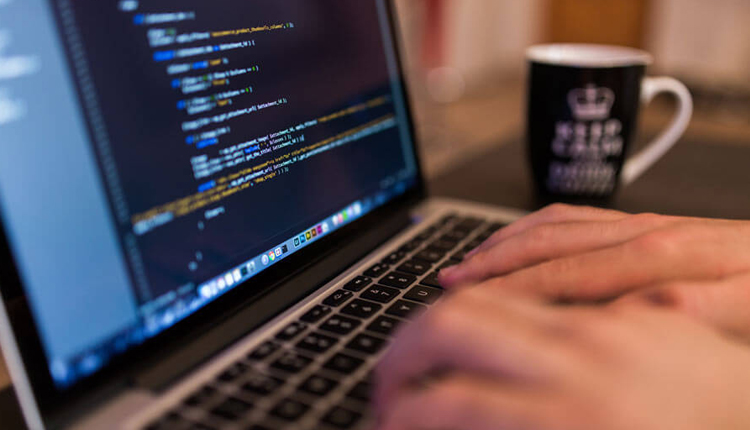 With prices doubling and incomes barely increasing, picking up freelance projects has been a way to secure extra cash, in addition to a steady job. But whether it is due to the flexible working hours, being one’s own boss, or the cash inflow, more and more people in Egypt and around the world are opting to become full-time freelancers.

As it stands, the informal economy has reached about 1.6 trillion pounds, contributing some 40 percent of the gross domestic product (GDP), according to official figures, and has been increasing over the past few years.

Although freelance work doesn’t necessarily fall under the informal economy, it often does as it goes undocumented or accounted for. The global figures point toward a move away from 9-5 jobs and toward more flexible hours and work conditions.

Forbes’ Jeff Wald, co-founder and president of a leading platform for the management of contract and freelance talent, expects around 35 percent of the workforce to become freelancers and independent contractors within 2020.

Like many other recent graduates, Ezzat Aly, who comes from a middle-class family, has quit his full-time job and opted for a small business and freelance instead. Aly, who owns a food cart in Heliopolis, recounts that he’s tried full-time jobs in numerous fields.

“I never got paid enough and I never felt appreciated. I wanted to freelance to maintain the lifestyle that I am used to. So, I started up this cart and I also freelance as a designer,” he said.

“Freelancing pays about 500 pounds per design, it is not a lot when you first hear it, but given that each design takes maybe four hours, it is quite good,”he added

Osama Fadl, a 45-year-old translator, agrees that it pays more to freelance than to opt for one job, explaining that a midrange translator could get some 3,500 pounds to 5,000 pounds per month working full-time, but could easily make at least twice a month working as a freelancer, and even more as they get older and more experiences.

“An experienced translator would do maybe 2,000 words a day, which translates to about LE 1,500, multiply this by say five days, by four weeks, and you easily get, I am not sure how much … LE 30,000. As we [translators] get older, we become even quicker, meaning we can make even more,” noted Fadl.

Along the same point, Lizzie Hany tells Egypt Today that being a marketing freelancer can sometimes pay better than having a full-time position, provided one is able to keep working on themselves and always has an edge. “It is about who you know, how much people hear of you and your work and how well you are able to keep with the times,” explained Hany.

Asked why companies rely on her if it costs them more, Hany explained that although her rate would be higher than having someone in their office, working with her for one project makes them more money.

“Having me as a full-time staff member means that they will get my labour cheaper, however, demand and supply is not always the same in many industries, and companies do not want to have to pay staff members when they do not have high-demand all year round.”

Building on this, Hassan explains that most industries have seasons, suggesting that it would be more cost-effective for employers to pay freelancers to complete specific projects than to sign a contract with them.

“Freelancers can be very useful when sudden projects come in or when there is sudden high demand. You cannot just hire people on the spot, it is difficult to make such a big decision in such a short time, so you rely on freelancers; hopefully, ones that you know and deal with on the regular,” said Hassan.

In fact, a study conducted by Greetje F. Corporaal and Vili Lehdonvirta, titled “Platform Sourcing: How Fortune 500 Firms are Adopting Online Freelance Platforms,” suggests that even Fortune 500 firms and other big companies find it easier to hire freelancers than add new staff members due to two main reasons.

First, it is easy and quick to hire a freelancer, meaning that one can be brought in for a specific project in almost no time, compared to having to hire someone through a tedious process.

Second, hiring an employee needs to be a careful decision that should not be taken at a time on desperate need in order to ensure that the culture of the company is protected and remains unaffected. Quickness in action, the study concludes, is what leads companies to bring on freelancers.

With similar findings, Project management software Mavenlink conducted a survey, which they called “The White-Collar Gig Economy,” finding that 79 percent of executives cited increased agility as the principle benefit of freelancers and the primary reasons they rely on them sometimes.

However, Fadl warns of two problems: experience and development. He explains that fresh grads often lack the experience to go off on their own, and still need to get a better handle on their skills and knowledge; which leads to the second issue; the lack of development for freelancers.

“Companies invest in their staff. They train them and send them on courses, however, freelancers do not have this opportunity; they have to work on themselves alone and have to bear the costs of their own development. If they do not develop, they will fall behind the market and will stop getting orders; a very real threat for freelancers,” Fadl argued.

“Yes, there is the problem of development,” agrees Mayar Mohsen, a freelance graphic designer, “but there is also the very real problem of depression.” Working long hours at home or in solitude can lead to isolation and possibly depression. “Your home becomes your workspace, your workspace becomes your sleep space; everything becomes one. Not having that differentiation between work and rest spaces is tiring and agitating,” explained Ahmed Hosny who works full-time.

But also accepts freelance jobs for extra cash. “It is good money, however, I cannot freelance for long periods of time without having a full-time job and an office to go to.”

Another problem that freelancers need to be careful of is seasonality: They do not always have the same flow of work and cash and need to ensure that their accounts are in order to ensure they are able to manage their spending and commitments over the long run.

“Work is seasonal, but after a while, one learns to spot patterns and is able to sort out spending,” explains Fadl.