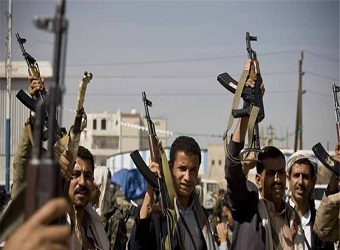 The Yemeni army and allied fighters on Friday drove Houthi militants from a town that was one of the last positions they held in the country’s south, military sources and local officials said.

The forces advanced into Bayhan, about 300 km (190 miles) southeast of the Houthi-held capital Sanaa, killing dozens of the militants in clashes, the sources said.

Bayhan is important in Yemen’s war because it is located on a major road linking Shabwa province with Marib province, part of which is held by the Houthis, to the north. The army’s advance means that the Houthis have been expelled from most of Shabwa, sources said.

Yemen’s more than two-year-old war pits the Iran-allied Houthis, who control Sanaa, against a Saudi-led military alliance that backs the government now based in the southern port of Aden. The conflict has killed more than 10,000 people and triggered a humanitarian crisis.

The government-run Sabanew agency said the remaining Houthis had fled after battles for strategic positions in the Bayhan area which had left hundreds of them dead and wounded.

The agency said the army also seized other positions in the area, where the movement of heavy artillery had been difficult because of sand dunes.

This month the Saudi-led coalition, which is backed by U.S. and British weapons and intelligence, intensified air strikes after the Houthis killed former president Ali Abdullah Saleh when he switched sides in the civil war. There has been relatively little change in positions on the ground around the capital.