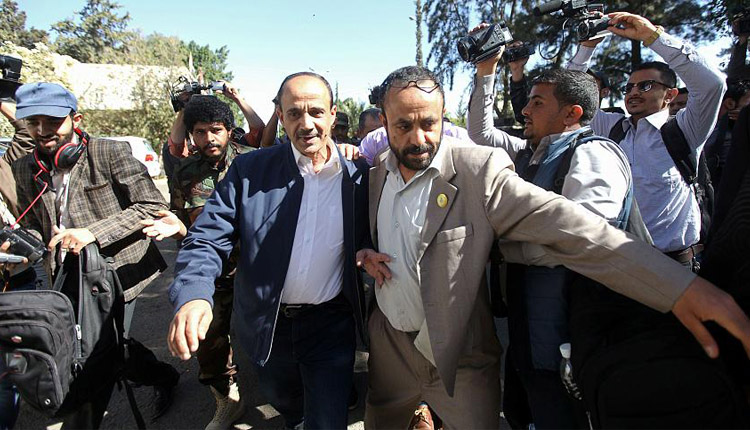 A delegation from Yemen’s Saudi-backed government left for Sweden on Wednesday to hold peace talks with representatives of the Iranian-aligned Houthi group, in a renewed U.N. push to end a war that has brought economic ruin and famine to the country.

The team representing the internationally recognized government of Abd-Rabbu Mansour Hadi left from the Saudi Arabian capital Riyadh for the consultations, the first since 2016, a Yemeni official said.

Saudi Arabia and the United Arab Emirates, leaders of a Western-backed coalition battling the Houthis to restore Hadi’s government, want to exit a war that had dragged on for four years.

Western allies have ramped up pressure on them to find a way to end a conflict that killed tens of thousands of people and left more than 8 million facing famine.

Outrage over the Oct. 2 murder of Saudi journalist Jamal Khashoggi at the kingdom’s Istanbul consulate has refocused attention on the Yemen war and scrutiny over Saudi Arabia’s activities in the region.

U.N. special envoy Martin Griffiths secured some confidence-building measures, including the evacuation of Houthi wounded, to help persuade the rebel movement to attend the talks Sweden.

The Houthi delegation arrived there on Tuesday, having failed to turn up for the last round of talks in September in Geneva.

The latest round of talks will focus on agreeing other confidence-building steps and the formation of a transitional governing body.