Zelensky: Ukraine’s harvest could be halved this year due to Russian war 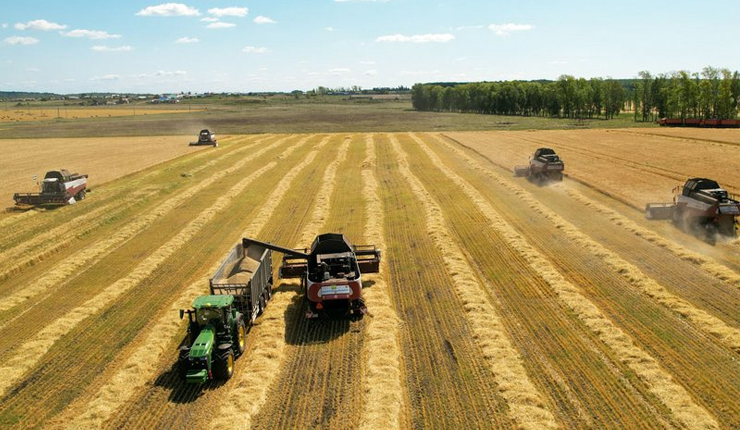 Ukraine’s president Volodymyr Zelensky tweeted on Sunday that the harvest this year could shrink to half than its usual amount due to the Russian war in the country.

“Our main goal — to prevent global food crisis caused by Russian invasion. Still grains find a way to be delivered alternatively,” he added.

Ukraine has struggled to deliver its product to buyers because of the Russian naval siege of Ukraine’s Black Sea ports.

On July 22 an agreement signed under the surveillance of the UN and Turkey to provide a safe passage for ships carrying grain out of three southern Ukrainian ports.

Zelensky said on Friday that his country was ready to start shipping grain from the Black Sea ports, and was waiting for the start signal from the UN and Türkiye for export.

After signing the agreement with Moscow, the Ukrainian president declared that his country had grain shipments ready for sale amounted 10 billion dollars.

He continued that his country had already harvested 6.5 million tons of the new year’s crop.

Before the invasion, Ukraine was known as the breadbasket of Europe and a key supplier for countries in north Africa, the Middle East and Asia.

Ukrainian harvest this year is under the threat to be twice less. Our main goal — to prevent global food crisis caused by Russian invasion. Still grains find a way to be delivered alternatively. Watch a new episode of @United24media «Yep, this is Ukraine»: https://t.co/JvaqQcnXb3 pic.twitter.com/hBxuvjlFWc