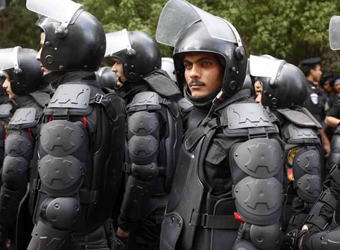 Ten militants were killed and nine policemen were injured on Sunday in a shootout in central Cairo’s Agouza district as police were executing a raid, according to a statement by the Ministry of Interior.

Security forces had received information that a number of militants who escaped the restive North Sinai were hiding out in two apartments in Agouza and were planning a number of attacks in central governorates.

Police were met with gunfire when they attempted to execute an arrest warrant on the suspects at dawn, according to the ministry.

A number of weapons were found in the two apartments.

Six of the suspects have been identified, all of whom had registered addresses in the Greater Cairo area. Two of the suspects were wanted on terrorism-related charges in North Sinai.

Egypt’s military and security forces have been battling various Islamist militant groups, mostly in North Sinai, though militants have carried out attacks elsewhere in the country.